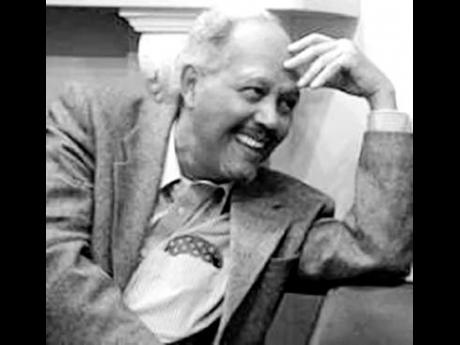 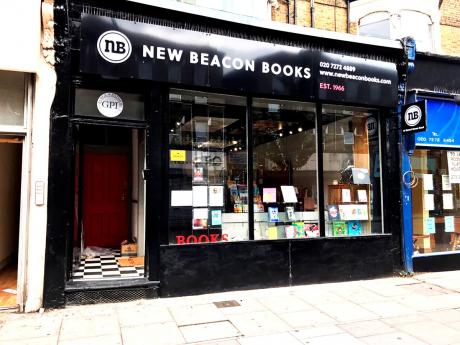 A new crowdfunding appeal has been launched in an attempt to stave off closure of the iconic New Beacon Books store in Finsbury Park, north London, which has been in operation since 1966.

New Beacon Books is the only remaining independent, black publishing and book selling entity remaining in the United Kingdom (UK). For over 55 years, it has been a specialist supplier of African and Caribbean literature, with many of the titles stocked in-store not found anywhere else.

Established by the late John La Rose and his partner Sarah White, New Beacon Books has been pivotal to the growth of the Black Education Movement, the Black Supplementary School Movement, and current calls for the decolonisation of the curriculum in the UK.

Apart from its book trade, New Beacon Books has also been at the centre of many groundbreaking political and social projects, organisations and campaigns. These include the Caribbean Artists Movement (1966-72), the International Book Fair of Radial Black and Third World Books (1982-1995), the New Cross Massacre Action Committee (1981), and the Committee for the Release of Political Prisoners in Kenya (1980s).

La Rose, originally from Trinidad, was also instrumental in setting up the George Padmore Institute above the shop in 1991. The institute is an archive and research centre for materials relating to Caribbean, African and Asian communities in the UK.

Along with New Beacon Books, John La Rose also staged the International Book Fair of Radical Black and Third World Books for 12 years, from 1982-1995, marking the new and expanding phase in the growth of radical ideas, concepts and expression in literature, politics, music, art and social life among black writers.

The book fair was a tremendous success in London and provided a platform for writers, publishers, distributors, booksellers, artists, musicians, and film-makers to interact with people who inspire and consume their creative productions.

Shortly after its 50th anniversary in 2016, the directors of the bookstore curtailed the daily operations of the business after changes in the bookselling industry worldwide made it difficult for small independent bookshops to survive.

A message from the directors at the time said: “We have together taken the unsentimental view that new times call for new approaches and are exploring ways to maintain specialist bookselling services in the future in association with the George Padmore Institute.”

However, a younger generation of entrepreneurs, including John’s grandson, Renaldo La Rose, and his wife Vanessa decided to keep the bookstore going, and in 2017 they launched a crowdfunding appeal which proved very successful. The funds that were raised from public support helped to pay for repairs, a refurbished shopfront, and to develop a website to sell books and increase the shop’s profile.

With the COVID-19 pandemic and the attendant lockdowns, however, the bookstore now faces new problems, with a marked decrease in footfall and consequent income, while overheads have increased. Together with the growth in online shopping, the impact on income for independent bookshops generally has been huge.

A release from New Beacon Books, after the latest crowdfunding appeal was launched, said: “The publishing arm of New Beacon Books has been scaled down considerably, but there are increasing calls for New Beacon Publications to commission and publish work by young creatives and provide a forum for the exchange of ideas and for introducing new and old work to new audiences.

“For New Beacon Books to do this, it must be able to make full use of its existing space, and if necessary, relocate to premises that will allow for the expansion of its publishing and public affairs programmes, as well as for book selling. New Beacon Books is hugely encouraged by the community’s response to its needs and willingness to donate funds to enable New Beacon Books to survive and grow.”

Meanwhile, dub poet Linton Kwesi Johnson, a long-time supporter of the bookshop, feels that while it is nostalgic to keep the store going, the owners have to face up to the commercial challenges of the time.

He said: “For many people of my generation, the name New Beacon evokes nostalgia for the heyday of black radical and revolutionary activism in our struggles for racial equality and social justice. The bookshop was a nexus of important information and organisation. It certainly played an important part in my own development.

“Alas, after several years of being in debt, New Beacon Books was no longer financially viable as a ‘small family business’. Its publicly announced dissolution in 2016 on the 10th anniversary of the passing of John La Rose who, together with his partner, Sarah White, had founded the company in 1966, seemed inevitable.

“There followed a belated move by directors of the company to revive the business. With a mixture of sentiment and hope, I supported the move and was pleasantly surprised by the result of a crowdfunding appeal and a new clientèle. Sadly, the revival did not last. There is still a lot of nostalgia for the old New Beacon Books because of its historic role in our struggles. However, a new attempt at revival will have to face the reality of a transformed commercial environment for booksellers and the fact that black literature is no longer a niche market.

“We cannot recreate the past, but we can ensure that pivotal historical moments in our struggles are archived and made available to the public, especially future generations of activists. That continues to be the work of the George Padmore Institute.”

Details for the crowdfund appeal may be found at c rowdfunder.co.uk/p/save-new-beacon-bookshop.