Gov’t urged to step up crime fight in Westmoreland 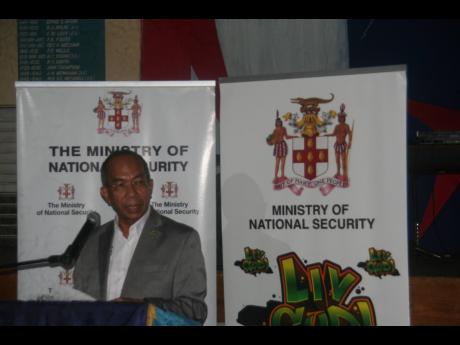 Westmoreland stakeholders are hoping that a raft of plans in place to restore peace to the embattled parish will bear immediate fruit, following talks last week with National Security Minister Dr Horace Chang.

A 48-hour curfew was imposed in sections of the troubled Savanna-la-Mar area on Friday evening.

“I am very happy for the meeting, but I don’t get the impression that the plans that are going to be coming are immediate solutions. They are more future than for present,” Reverend Hartley Perrin, the custos of the parish told The Sunday Gleaner following the talks with Chang last Thursday.

Chang had announced that 40 specialised police officers would be deployed to the division to help stem the wanton killings. He also said that three new police stations would be built – one in Little London, another in Frome, and a new divisional headquarters in the outskirts of the parish capital in Llandilo.

“I had expected that perhaps the minister was going to say Westmoreland is going to become a zone of special operations or something like that,” Perrin said, referencing a security initiative the Government has paired with social-intervention strategies to tackle rampant crime in certain communities.

“While I don’t have the answers to all that is happening, I would hope to see some measure of control because we just can’t continue like this. Too much blood is being spilt and it overshadows everything else,” Perrin noted.

Community leader and pastor of the Ark of the Covenant Holy Trinity in Savanna-la-Mar, Bishop O’Neil Russell, agreed with Perrin that a stronger, more immediate pushback against crime was needed.

“Yes, there are a lot of plans on paper, but we want immediate action,” Russell declared. “I don’t see where they have a plan to bring a special operation or a plan to have a police post in these troubled areas. It is too long, we need immediate action to curtail the situation,” he continued.

The pastor noted that he was disappointed when Prime Minister Andrew Holness a week ago declared a ZOSO in Parade Gardens in Central Kingston without a similar measure for Westmoreland hotspots, despite Holness recently acknowledging that Westmoreland had become the epicentre of violence in the island.

“There are many places in Savanna-la-Mar that need a ZOSO to help to remove the zinc fence, to provide proper road, and infrastructure,” Russell reasoned. “All the residents are able to see is zinc fencing. Their houses are dilapidated; you can stay outside and look inside many of their houses.”

According to Russell, whose church is headquartered in the troubled Coke Street area of the parish capital, a police is post is needed in warring communities to quell the bloody feud between gangsters.

He lamented that some have been taking advantage of a COVID-19 guideline to wear face masks to conceal their identities when they launch attacks.

“Even now in the time of corona[virus pandemic], when everybody is wearing a mask, when a person commits a murder you are not going to immediately know who that person is,” Russell added.

Up to January 8, Westmoreland had recorded six homicides, a 500 per cent increase over the one recorded for the first eight days of 2021. Since then, a number of other persons have been killed in the parish.’

In nearby St James, which has began to rack up a murderous toll, the Montego Bay Chamber of Commerce and Industry yesterday voiced its support for a return of states of emergency to tackle rampant crime.

“Crime is out of control in our society. It is not just concentrated in particular areas. It is all over the country. It is far beyond acceptable levels and clearly beyond the capacity of ordinary crime fighting measures,” the chamber’s first vice-president and chairman of the crime and security committee, Oral Heaven, said in a statement.