Viral questions | When am I contagious if infected with Omicron? 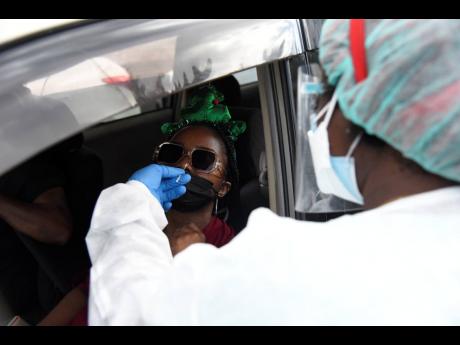 Nicholas Nunes/Photographer
A nurse conducts a nasal swab for COVID-19 testing at the MD Link drive-through site in Liguanea, St Andrew, on December 23, 2021. 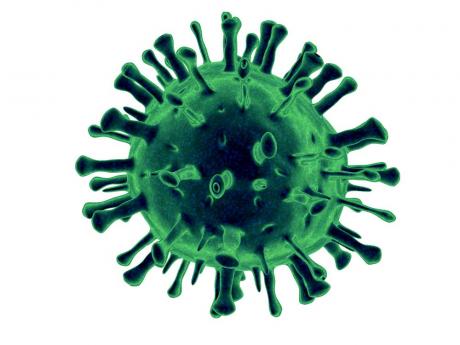 It's not yet clear, but some early data suggests people might become contagious sooner than with earlier variants — possibly within a day after infection.

The US Centers for Disease Control and Prevention says people with the coronavirus are most infectious in the few days before and after symptoms develop. But that window of time might happen earlier with Omicron, according to some outside experts.

That's because Omicron appears to cause symptoms faster than previous variants – about three days after infection, on average, according to preliminary studies. Based on previous data, that means people with Omicron could start becoming contagious as soon as a day after infection.

Researchers say it's too early to know whether that shorter incubation period for Omicron translates into earlier contagiousness. But it would help explain the variant's rapid spread.

Dr Amy Karger of the University of Minnesota Medical School recommends that people test themselves at three days and five days after exposure if possible.

"A lot of people are turning positive by day three," Karger says, referring to Omicron. "There's basically an opportunity here to catch people earlier than you would with the other variants."

If you only have one test, it's fine to wait until day five, Karger says.

People who have COVID-19 symptoms should get tested immediately if possible.

Lab-developed tests are more sensitive than rapid tests so they should be able to pick up the virus by day three after exposure, if not earlier.

People who don't develop symptoms generally have much lower viral levels, so it's far less clear when or if they become infectious.

Still, those who test positive but don't have symptoms should isolate for at least five days, under the latest CDC guidelines. The agency came under criticism for not requiring a negative test before leaving isolation, but even after tweaking the guidelines officials said that step should be optional.

People with symptoms should stay isolated until they have been fever-free for at least 24 hours.

Can new variants of the coronavirus keep emerging?

Yes, as long as the virus that caused the pandemic keeps infecting people. But that doesn’t mean new variants will keep emerging as regularly, or that they’ll be more dangerous.

With more than half the world still not vaccinated, the virus will likely keep finding people to infect and replicating inside them for several months or years to come. And each time a virus makes a copy of itself, a small mutation could occur. Those changes could help the virus survive, becoming new variants.

But that doesn’t mean the virus will keep evolving in the same way since it emerged in late 2019.

When a virus infects a new species, it needs to adapt to the new host to spread more widely, says Andrew Read, a virus expert at Pennsylvania State University.

According to the Centers for Disease Control and Prevention, the delta variant is twice as contagious as earlier versions of the virus. And while it could still mutate to become more infectious, it probably won’t double its transmission rate again, says Dr Adam Lauring, a virus and infectious disease expert at the University of Michigan.

“We’ve seen a stage of rapid evolution for the virus. It’s been harvesting the low-hanging fruit, but there’s not an infinite number of things it can do,” Lauring says.

It’s possible that the virus could become more deadly, but there isn’t an evolutionary reason for that to happen. Extremely sick people are also less likely to socialise and spread the virus to others.

Experts are watching to see whether emerging variants could be better at evading the protection people develop from vaccination and infections. As more people get the shots, the virus would have to be able to spread through people who have some immunity for it to survive, says Dr Joshua Schiffer, a virus expert at the Fred Hutchinson Cancer Research Center.

“The virus could take on a mutation that makes the immune response less effective,” he says.

If that happens, scientists may recommend that vaccine formulas be updated periodically, just as annual flu shots are.

Do the COVID-19 vaccines affect my chances of pregnancy?

No, there’s no evidence that any vaccines, including COVID-19 vaccines, influence your chances of getting pregnant despite a myth suggesting otherwise.

Medical experts say there’s no biological reason the shots would affect fertility. And real-world evidence offers more assurance for anyone worried about their chances of conceiving: In Pfizer’s study, a similar number of women became pregnant in the group given the vaccine as in the group given dummy shots.

Researchers are starting to study anecdotal reports of short-term changes to periods after the vaccine, but there’s no indication so far that the shots put fertility at risk, said Dr. Mary Jane Minkin, a gynaecologist and professor at the Yale University School of Medicine.

The Centers for Disease Control and Prevention (CDC) and obstetrician groups also recommend COVID-19 vaccines for pregnant individuals, who have a higher risk of severe illness if infected with the coronavirus. Research shows pregnant people who get the virus are more likely to be admitted to intensive care, receive invasive ventilation and die than their nonpregnant peers.

The CDC also followed tens of thousands of pregnant women who got the vaccines and found they had comparable pregnancy outcomes to pregnant women before the pandemic.

So whether you are thinking about having a baby, trying to conceive or undergoing fertility treatments, you should not delay vaccination, says Dr Denise Jamieson, chair of the department of gynaecology and obstetrics at Emory University School of Medicine.

Can I get 'long COVID' if I’m infected after vaccination?

It’s unclear, but researchers are studying the chances of long-term symptoms developing in anyone who might get infected after vaccination.

The COVID-19 vaccines in use around the world are effective at preventing severe illness and death from the coronavirus, but some people do get infected after the shots. With such 'breakthrough' cases, health experts say the vaccines should help lessen the severity of any illness people experience.

But researchers are also looking at whether those breakthrough cases could lead to long COVID-19, which is when people experience persistent, returning or new symptoms a month or more after an infection. The condition can develop after severe initial infections or even in those who initially had mild or no symptoms.

Some estimates indicate about 30 per cent of unvaccinated COVID-19 patients develop long-term symptoms, including shortness of breath, fatigue, difficulty concentrating, insomnia and brain fog. Similar symptoms can develop after other viral infections, too.

Researchers don’t know why symptoms linger, but believe some symptoms reflect lung scarring or damage to other organs from severe initial infections. Another theory suggests that the virus may linger in the body and trigger an immune response that leads to the symptoms.