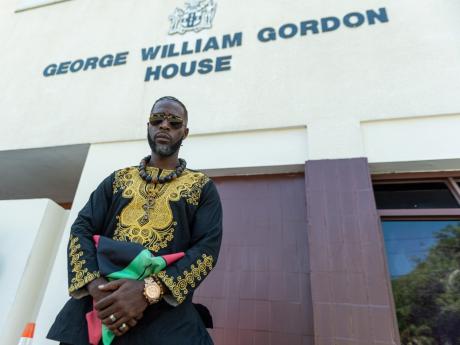 Accompong Maroon Chief Richard Currie is pleading with the government for dialogue, saying he has noted recent "attacks" on the legacy of the group.

In an Instagram live this morning, Currie claimed that a government official recently contacted another maroon colonel proposing a meeting with Maroon chiefs but on the condition that the Accompong head is excluded.

There are four maroon groups in Jamaica, each headed by an elected chief.

Currie said he, his three colleague colonels and others met and decided that there should be one conversation about the rights of indigenous peoples and the maroons.

But he said, to his disappointment, in the past 24 hours there has been an about turn by the other chiefs.

“It makes no sense having what is being termed an ice breaker meeting that does not involve the voice of the representative of the territory that seems to be causing all the chaos. We need to now tackle the challenges head on and like big people. We need to be honourable and stand up and represent what we were elected to do and I'm talking both maroon leaders, the leader of the wider state and leaders globally,” Currie said.

The chief said he is not clear what led his fellow colonels to change their minds.

He has also emphasised that the problem can only be resolved through dialogue.

According to Currie, in recent times, the Maroons have found themselves in a conundrum with a lack of infrastructure.

Currie, who was elected head of the St Elizabeth-based Accompong Town Maroons in March last year, has been sparring with the government over the 1738 treaty the Maroons signed with the British government.

On January 9, Prime Minister Andrew Holness dismissed the rhetoric of the Accompong Maroons that they are a sovereign people.

"Under my leadership, not one inch of Jamaica will come under any other sovereign authority", Holness charged.

This morning, Currie said he remains resolved to work with the government to bring a resolution to the challenges.