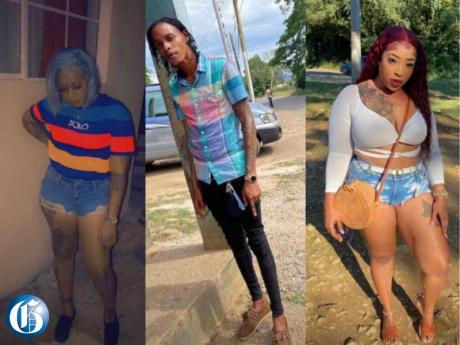 Tachae Black, Daniel Williams and Shanielia Clarke, all of Trelawny addresses were killed in the attack.

Police investigators now on the scene of a triple murder in Bounty Hall, Trelawny have concluded that it was the result of mistaken identity in an ongoing gang conflict in the parish.

Two women and a man were shot dead around 1:45 last night and three others injured.

It is reported that Williams, Black, Clarke and three other occupants pulled up at a house when four men armed with high powered weapons opened fire on the Toyota Voxy in which they were travelling.

Williams and Black on the spot.

The three other victims were admitted in serious condition.

Commanding Officer for Trelawny Carlos Russell said the police are following strong leads into the incident.

"Hopefully we will hold the persons that are responsible for this crime," he said.

Russell said the people involved in the shootings are not from Trelawny but have been displaced from elsewhere and have taken up residence in the parish.

"We are aware of the situation and we believe that we can bring a closure to it very soon," he said.