30-plus years of marital bliss

The Grossetts share the secret to ther successful marriage 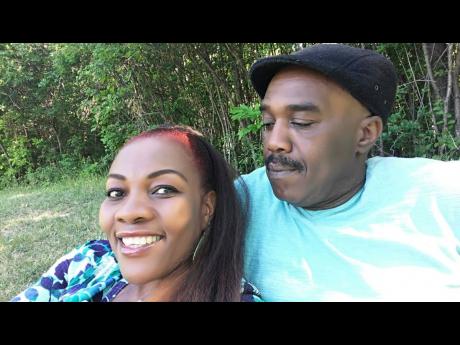 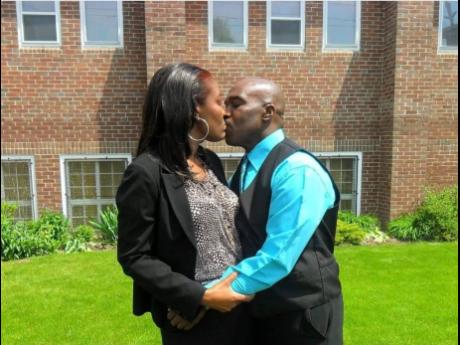 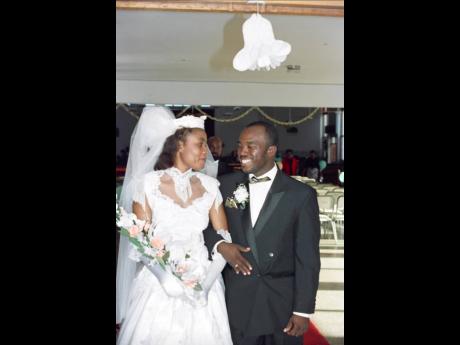 Devon and Valrie Grossett have been married for 31 years, and they both agree that it is not by accident that their union has stood the test of time.

They will also be the first to admit that it has not always been smooth sailing in their union, but when things get rocky, they cling to the love they have for each other that brought them together in the first place.

In an interview with Family and Religion, the Grossetts shared their journey and the glue that keeps them together.

It all started one day when Valrie visited her aunt for her birthday and went with her friends to get her aunt a birthday cake. At the store, she locked eyes with Devon, who she described as “a very good-looking guy with the most perfect smile”.

Devon was by no means shy, and right away, he started to charm her by telling her how beautiful she was. But instead of being impressed, Valrie said it only convinced her that he was a player.

She, therefore, dismissed him and set about looking about her aunt’s party, not knowing that her aunt’s friend had invited him!

At the party, Devon created a different impression of himself, which caused Valrie to change her first assessment of him. The two made a powerful connection, which later blossomed into an enduring friendship.

“We became very good friends ... getting to know him filled a void I had. I knew I found the right person because I could not wait to see him. He would often visit me like he had absolutely nothing else to do, and I fell in love with the way he looked at me, his smile, and his great sense of humour,” Valrie reminisced.

For Devon, it was love at first sight as he said the minute he laid eyes on Valrie, he knew she would be his.

“I wanted to share the rest of my life with her. She was always optimistic, had a positive flip on everything. She’s very fun loving and outgoing. I had to wait five years for her to marry me, and here we are 36 years later,” he said.

Valrie is an educator and Devon works in the logistics industry. They live their lives with the motto: ‘Never go to bed mad with each other’. However, Valrie, with a mischievous smile, said she discovered that her husband can keep malice for an entire day.

“We always find a way to make up quickly. We learned very early that although it might be hard to swallow, we needed to respect and be honest with each other ... speak the truth in love. We both know when to give each other space. It’s okay to walk away and count to 10. To be mad with each other is going to happen. Tt’s natural and healthy. What matters is what you do when you are in that space,” she said.

Acknowledging that “teeth and tongue must meet, especially if you are two individuals with not much in common”, she said they are the perfect example of “opposites attract”.

“We are both different individuals ... like night and day. We do not like the same foods, same movies, we don’t agree on a lot of issues. He has no fashion sense, I love fashion. He’s quiet, I love to talk. I love to travel everywhere. He’s okay with going to Jamaica only. We have different religious and political views. Despite the differences, we complete, complement, and need each other. What is most important is we respect and accept our differences,” Valrie shared.

She credits prayer, constant communication, laughter, the ability to quickly get over what makes them angry, seeing things from each other’s point of view, agreeing to disagree as the glue that holds their union together.

The Grossets are parents to three children, which they say have cemented the love that they had for each other. Valrie shared a memory that she said still makes her smile.

“When I found out I was pregnant with our second child and broke the news to Devon, with excitement he expressed that he wanted a daughter because having a daughter was always on his wish list and how it would be a life-changing experience for him. To our pleasant surprise, it was a girl, and it has been a great experience. Twenty-six years later, he’s still calling her Pumpkin,” she noted.

Having shared many experiences together, Valrie said that if there is one thing she would want to experience now is building the log house of her husband’s dream somewhere in the bushes of Trelawny.

For other couples out there, the Grossetts shared some of the secrets to their successful marriage: “Make God the centre of it all. Be honest from the get-go, communicate your likes and dislikes, don’t make assumptions, set boundaries. Respect each other, accept your differences, never try to change the other, laugh and play a lot, have a forgiving heart, understand that neither of you is perfect. Know that the grass is never greener on the other side.”