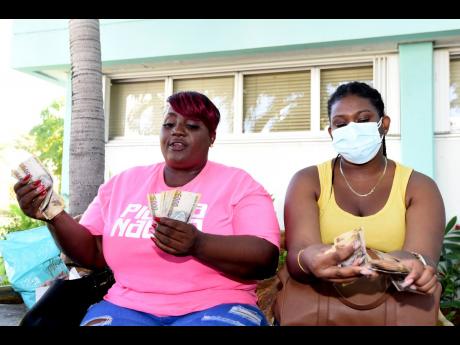 Last year, Keronique Palmer’s Christmas wish was simply to be able to continue to pursue her medical career. However, the first-year medical student was unable to pay her tuition fees, which totalled $4,349,800 (US$28,000).

With an outstanding balance of the first half of her yearly tuition, Palmer was unable to sit her final examinations in December.

She shared in a Gleaner interview last month that her only dream was to be able to complete the journey she started last September at The University of the West Indies, Mona, where she is pursuing a bachelor of medicine degree, specialising in surgery during the 2021-2026 period.

A month later, Donna ‘Aunty Donna’ Gowe, a social media sensation and humanitarian known for her volunteerism attitude and philanthropic contributions, responded to the call on Wednesday, donating over $1.5 million to Palmer’s tuition fees and paid for her registration just a few days after school reopened on January 17.

As the “children are the future,” Aunty Donna told The Gleaner that it was a delight to offer assistance in this outstanding way as many children who have the potential are unable to pursue their dreams.

Gowe, who stumbled on a Gleaner article posted on December 16, later turned to her ‘Planka Nation’ group – persons who are followers of Gowe on her social media platforms – and rallied help from donors.

Over the past three weeks, donations began to pour in, locally and internationally, from countries such as the United Kingdom, the United States, Canada and other Caribbean islands.

Palmer told The Gleaner that she is feeling blessed, as she recalled a conversation she had with an elderly woman, who prayed for blessing and prosperity over her life.

“Bear in mind, she knows nothing about me, [but] out of nowhere she said to me, ‘Don’t worry, do not worry, your blessing is coming. There is a crown out there for you and it is on its way,’” the woman was quoted as saying.

“As the situation stands right now, my yearly fee isn’t cleared. What was cleared today is the amount that was needed to sit my December exams, and also what would have made it possible for me to register for the second semester,” Palmer said.

But although this is one of the very first donations the 21-year-old has received, she believes God will provide more funding opportunities over the next five years.