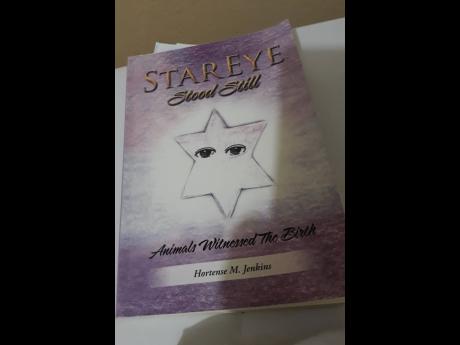 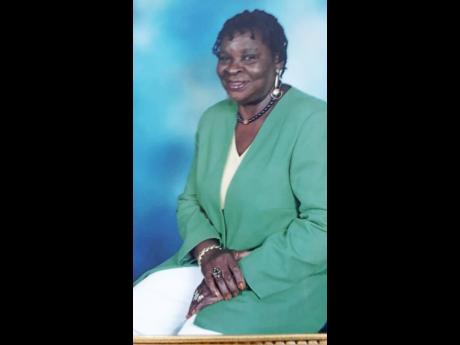 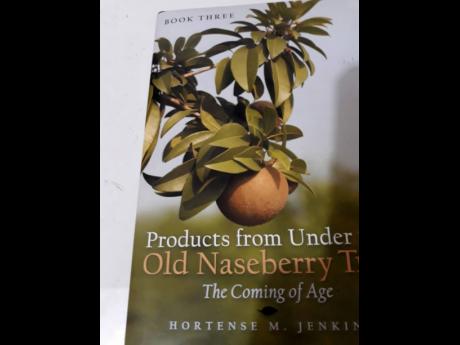 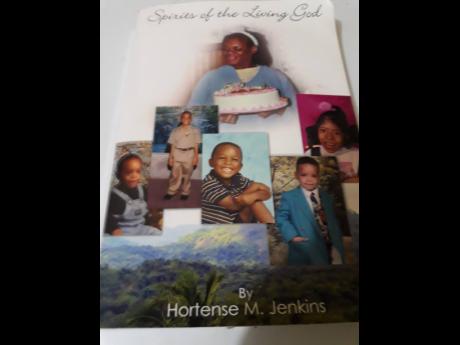 Contributed
The cover of ‘Spirits of the Living God’. 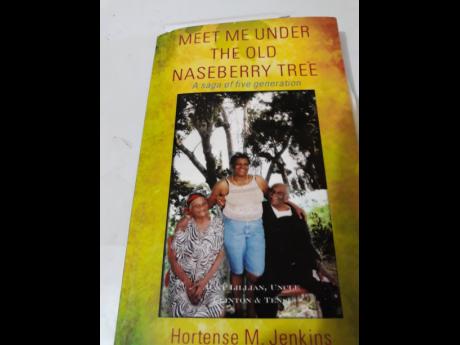 It’s like a screenplay from a horror movie where a murderer is haunted by spirits of his victims, except in this case, it’s spirits of children reaching out for help in a bizarre way.

Seventy-six-year-old St Ann-born retired health worker-turned-author, Hortense M. Jenkins, captures the trail of events that began in 1976 when she had a dream of two children crying out to her, saying they were murdered by their mother.

The dreams that continued over the years threatened to disrupt her sanity, but eventually led to her decision, based on the advice of a friend, to write a book about what was happening in her life.

After 35 years working as a geriatric nurse in England, Jenkins (nee Lawrence) now spends a lot of time back home in Jamaica as she seeks to focus more on her writing career.

Hailing from the rural community of Clarksonville in St Ann, Jenkins was never inclined to become an author during her time in healthcare.

However, since the publication of Spirits of the Living God in 2007, she has published five other books on subject matters far removed from the mysticism of her first publication.

During that 11-year break between the naseberry books, Jenkins published Pinches, Patches and Petchary in 2011, and Star Eye Stood Still in 2016.

But it is Spirits of the Living God that has had the most impact on the writer, maybe more than it might have had on readers, as she explained in an interview with The Gleaner.

“ Spirits of the Living God is a book about children who were abused and murdered and their spirits came to me and told me who did what to them,” Jenkins told The Gleaner.

“I was haunted for 12 years with these happenings until I wrote the book,” she added.

She continued: “It started when I was having all these different dreams about children telling me what happened to them, how it happened to them and it was something that I didn’t know how to manage.

“When it was time to go to England, I took the partially written manuscript with me. In England, I started getting the dreams again; some of them identified themselves and told me what happened and showed me who did what to them and how it was done to them … horrible!

“I wouldn’t tell anybody. At that time I had an aunty in Birmingham and I wouldn’t say anything to her. I just kept going around like I was losing my mind because you can’t tell people these things, they would think you’re crazy and you’re losing it.”

When she left London on her way back to Jamaica, Jenkins made a stop in New York and stayed for a while.

“About a month later, two of the spirits came to me in a vision and identified themselves. They told me what happened to them and who did it, how it was done and that they are out for vengeance on the adult world.

At three o’clock one morning when she just couldn’t take it any more, Jenkins got up, got pen and paper and started to write.

While writing, she dozed off and that was when something else happened.

“A bigger spirit came to me and said: ‘A worse thing happened to me; you want to know what happened to me?’ He was so angry, the spirit was so angry. If I didn’t know how to pray or how to talk to the Lord, I don’t know if I would have a heart attack or what else would have happened to me, but it was scary, I mean really scary.

“There was war; there were several conflicts between this particular spirit and some other spirits who came along and there was a fight between – I called them angelic spirits, that’s the only word I could think of using – and this particular spirit who wanted to have an all out war with the adults of the world.”

When Jenkins woke up later, she called up one of her church sisters and asked for advice and she was told to put everything on paper and try and get it published.

“And that’s what I did. Spirits of the Living God came out in 2007 with 372 pages. It sold but not a lot. I had several book readings, book signings and people just sat there with their eyes and mouths wide open, asking how could this happen? I’m still asking the question, how did it happen?”