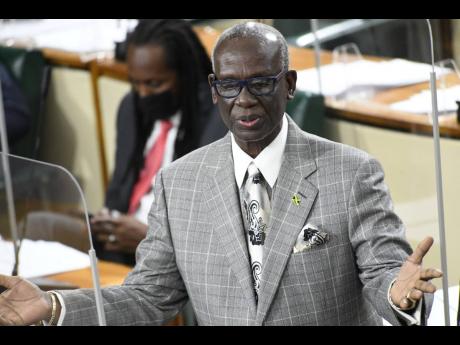 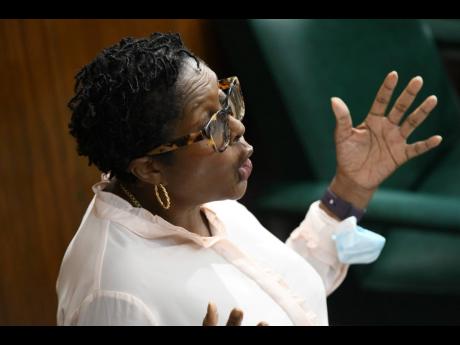 MINISTER OF Local Government and Rural Development Desmond McKenzie has refused to comment on the damning report from the Integrity Commission on the corruption scandal surrounding the installation of a 220-volt charging port at the St Ann Municipal Corporation to benefit disgraced former mayor of St Ann’s Bay, Michael Belnavis.

Kevon A. Stephenson, director of investigations at the Integrity Commission, rebuked Belnavis in a special report tabled in Parliament on Tuesday, January 18, for his role in luring Rovel Morris, the corporation’s chief executive officer, to deploy public resources for his personal use.

Morris, as the accounting officer, has been recommended for sanctions to include a surcharge to have facilitated the corruption scandal when he installed the electronic charging port, to fuel the Porsche Cayenne hybrid motor car owned by Belnavis.

“I can’t comment on that,” McKenzie said when asked whether he supports a recommendation by the Integrity Commission that politicians should desist from making requests of accounting officers to channel resources for their personal use.

The Gleaner also sought to find out what directive the local government portfolio minister plans to give to councillors and mayors in light of the commission’s report on the corruption scandal, but he maintained his position not to respond.

“I can’t comment on it. I don’t know what you are talking about,” McKenzie told The Gleaner, while he toured several municipal projects in Westmoreland last week.

When asked why he is refusing to comment, he insisted: “I can’t comment on something that I am not informed about.”

When contacted for a response to the Integrity Commission’s report and recommendation, chairman of the Opposition People’s National Party, Dr Angella Brown Burke, took a similar approach as McKenzie.

She noted that while she is aware of the corruption scandal at the corporation, she did not read the report and would not be in a position to respond to The Gleaner’s questions on the matter at this time.

“I haven’t gotten a chance to actually read the report, but I have been following the development in the news,” said Brown-Burke. “I haven’t seen the recommendations that were made.”

Morris carried out a request by Belnavis to install the charging facility for the former mayor’s personal use, in contravention of Government laws, even after he was advised against doing so.

The Integrity Commission highlighted that the Permanent Secretary in the Ministry of Local Government and Rural Development Marsha Henry Martin, did not grant permission for the facility to be erected.

Stephenson charged that the request by the then mayor was inappropriate and amounts to an abuse of office.

The Integrity Commission’s report and recommendations have been referred to the attorney general for the necessary sanctions to be applied in relation to Morris, who is believed to have breached Section 17 of the Public Bodies Management and Accountability Act when he gave the green light to Belnavis.

In June 2020, Belnavis was adamant that there was nothing illegal in using taxpayers’ money to pay for a charging port for his Porsche motor car, which he claimed was being used for Government work.

He noted then, in a Gleaner story, that after the council failed to give him a vehicle in 2019, he paid about $12 million for the 2019 Porsche Cayenne e-Hybrid SUV to replace his BMW X6.

“There is nothing illegal,” said Belnavis then. “I’m saving the municipal corporation money and at the same time, I’m being eco-friendly.”

Attempts to get a response from Denise Daley, the Opposition shadow minister of local government and community development, and Joseph Patterson, president of the United Independent Congress, did not materialise.

Meanwhile, corruption watchdog group Transparency International said Jamaica has recorded marginal improvement in the area of corruption, according to its 2020 ranking.

Jamaica registered a score of 44 out of 100 on the just-released Corruption Perception Index, which ranks Jamaica 70th of 180 countries that were assessed in 2020 and represents a marginal improvement for the country, which scored 43 out of 100 in 2019, while ranked at 74.

With a ranking of 28, Barbados is perceived to be the least corrupt Caribbean state.