Rastafarians call for an end to institutionalised discrimination 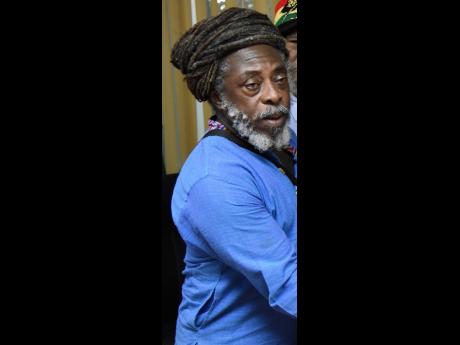 Citing institutionalised discrimination by the State, the Coral Gardens Benevolent Society, a Rastafarian organisation, is calling on the Jamaican Government to immediately take steps to establish a written policy condemning all forms of prejudice against the minority group.

The society, which has oversight responsibility for the surviving victims of the 1963 Coral Garden incident, which saw a brutal government-sanction crackdown against Rastafarians, said they continue to experience grave acts of victimisation and injustice over the past five years, which they believe warrants a government response.

Speaking on behalf of the group, renowned Rastafarian elder Lewis Brown, who was central to the negotiation which culminated in the Andrew Holness-led government apologising to the Rastafarian community in April 2017 for the 1963 Coral Gardens incident, said agents of the State are again taking discriminatory action against them.

Listing a series of recent incidents, the organisation pointed to reports of the alleged forced trimming of a young man at the Gordon Town Police Station. That incident is before the court as the youngster’s parents are locked in a legal battle with the State.

There was also a report of an alleged trimming of the precepts (beard) of an elderly Rastafarian at the Linstead Hospital in St Catherine. His family is also seeking justice through the local courts.

They also cited the incident in which a young girl with dreadlocks hairstyle was reportedly turned away from a school in St Catherine. Her parents sought justice through the legal system; however, the Supreme Court ruled in favour of that school’s principal.

The latest incident that has drawn the ire of the Rastafarian community is the ongoing situation with Nzinga Candace King, who claimed her locks were trimmed by a policewoman at the Four Paths Police Station in Clarendon. The Office of the Director of Public Prosecutions subsequently ruled against criminal charges being brought against the police officer accused of doing the trimming.

Brown also spoke to the need for Government to craft a policy to put an end to the barring of locks-wearing Rastafarian children from attending educational institutions.

“In 1963, the atrocities committed against Rastafari were ordered and supported by the Jamaican State. Since then, the State has encouraged institutional discrimination against Rastafari by implementing policies that excluded Rastafari adherents from educational services and employment,” said Brown.

He argued that agents of the State, in their bureaucratic positions, continue the practice of exclusion based on their socialisation and mental conditioning.

“The Ministry of Education should create a policy document that addresses the issue of discrimination in all schools, especially against the Rastafari, including in relation to the wearing of dreadlocks, vaccinations, religious education, and holidays,” said Brown. “Such a policy would relieve principals and school boards of the burden of making arbitrary decisions.”

The Rastafarian elder also wants to see a policy created by the Ministry of Labour to address employment discrimination at the workplace.

“Places of work should respect and stop discriminating against Rastafari and allow members of the community to wear dreadlocks and beards at work,” said Brown.

According to him, sanctions must be applied if there are breaches of the stated policies.

“We recommend that the State strengthens the Office of the Public Defender with the authority to investigate complaints and bring charges against perpetrators. Cases should be tried in a court that is specially convened for that purpose, something like the traffic courts, thus avoiding the crowded court system,” he noted.