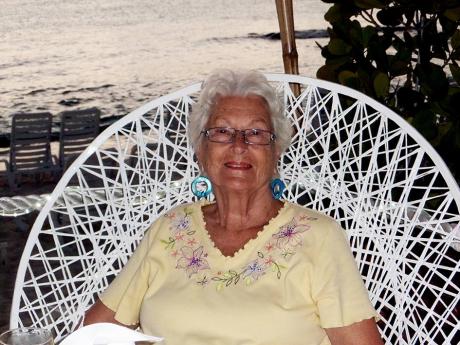 Contributed
An undated photo of Pamela Swaby sitting on a beach in Grand Cayman. 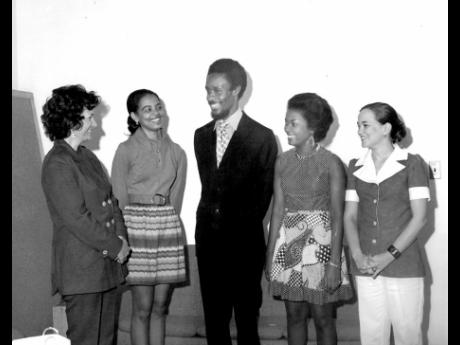 Contributed
Pamela Swaby (left) with P.J. Patterson and others when she was running Jamaica Association of Villas and Apartments New York.
1
2

Pamela Dare Swaby, Jamaica’s first female North American representative of the Jamaica Association of Villas and Apartments (JAVA) and a trailblazer in tourism, has died.

She passed away in Ontario, Canada, on February 16 at age 92. The funeral was held on Wednesday.

Swaby began her career in 1954, selling tours at the Bay Rock Hotel in Montego Bay, Jamaica.

As a national tour director, she headed off to New York to manage a new division for the Jamaica Tourist Board, selling villa vacations.

She also set up guided tours around the island, while training drivers and guides to explain Jamaica’s historical, social, and cultural points of interest with flair.

Swaby was also manager of Trident Hotel in Portland.

In 1977, she settled in the Cayman Islands, a place she loved deeply, where she was instrumental in developing the island’s local tourism industry.

She aided in the launch of two hotels – the Beach Club Colony and Spanish Bay Reef – and was a past president of the Cayman Islands Hotel and Condominiums Association and recipient of a lifetime achievement award from the Cayman Islands government for her service to tourism.

“While in Cayman, she saw the island transform from a quiet place of beach huts, with almost no restaurants, to a dynamic destination with five-star hotels, fine dining, and a strong reputation for excellent hospitality. Because of her hand in realising that transformation, she was knighted by Prince Henri, Grand Master of the Knights of Malta, in 1988 as Lady Pamela Swaby, Dame of Grace, Sovereign Order of the Oak,” a section of her obituary read.

Her daughter, Suzanne Hague, said in a Gleaner interview that her mother built her life around tourism in Jamaica and then in Grand Cayman.

“She believed in training and mentoring people. She really was a dynamic force,” Hague said of her mom.

She recalled that while they lived in Mandeville, an employee of her father had a grandson who began misbehaving when he turned 16 years old.

Hague said her mother sponsored his trip to Grand Cayman, mentored him, and today he is a successful businessman in the territory.

Hague told The Gleaner that her mother retired at least three times after she turned 65, before finally calling time on her career for good when she was 80.

“She had a kaleidoscope of a life,” Hague said with a chuckle.

Born in St Vincent in 1929 to Captain Harold Dare and Laura Dare, Swaby built her personal and professional life around travel.

By the time she was eight, she had lived in about nine countries, as her parents were eccentric and continuously on the move.

Swaby often called herself a “kindergarten dropout’’, as she did not enter a formal classroom until she was 12, when her parents decided to settle in Montreal, Canada.

Her parents separated and when she was 17, she returned to Jamaica with her father.

While in Jamaica, she met and married Alva Swaby, who was a lawyer, but the union, which produced two daughters, lasted six years.

Grandson Matthew Hague said one of the most important lessons he learnt from his late grandmother was that self-pity was a waste of time.

“She faced many hardships. She survived cancer, had two strokes and suffered from lupus, but she never felt sorry for herself. Something bad would happen and she would say, ’Come on, Swaby, let’s get going!’ and boom, she was off on her next adventure. I’m still in awe of that, and think it will stick with me for the rest of my life,” he said.