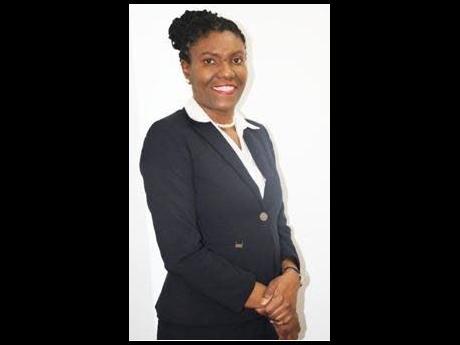 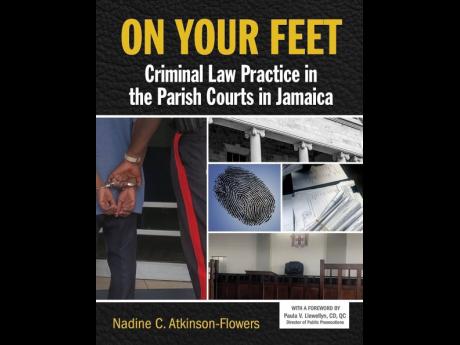 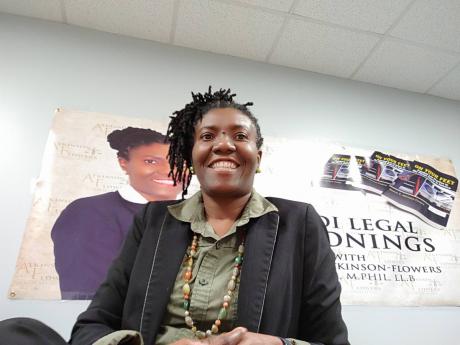 Nadine Atkinson-Flowers, who was born and raised in Olympic Gardens, knew very early in life that she wanted to be a lawyer.

Though that reality did not manifest in the way she imagined, the St Andrew High School for Girls alumna is now an attorney/author, and celebrates 15 years in the legal profession this year.

The eldest of nine children, Atkinson-Flowers said her time at high school opened a “whole new world of opportunities” and earned her lifelong friends.

She told The Gleaner that she was not offered a place in the law programme at The University of the West Indies, Mona, and opted to study history at the undergraduate and postgraduate levels.

She then went on to work at the National Environment and Planning Agency, the National Heritage Trust, and even taught at Waterford High School in St Catherine.

The former educator also authored three books on Caribbean history, which are used across high schools in Jamaica, but she was still searching for fulfilment.

“I started studying law in my 30s. I did a programme with the University of London. I completed the bachelor of laws and then the Bar exam at Norman Manley Law School. It was rough, academically and financially, but I had good grounding. I am a ghetto girl and there were lots of gems in our neighbourhood, as there continues to be today. I also had good family principles, and my parents instilled in me the importance of education,” she recalled, adding that she was called to the Bar in 2006.

In 2015 she migrated to the United States, but it took three years before she got back into legal practice.

“Life happened, and I had to take care of all the things that were coming at me. I was working in a non-profit where they did immigration law, and I was able to assist in a lot of the cases, but not as an attorney,” she explained.

During that time, she sat the Bar exam and was admitted in 2018, while holding another full-time job and maintaining her practice in Jamaica.

“My Jamaican practice is something that I can never give up,” she said.

Her United States practice is in the area of immigration – family visas, work permits and employment-based visas, while her Jamaican practice areas include criminal law, immigration, estate matters, and general legal consultancy.

“The life of a clerk of the court is extremely difficult. I always have a soft spot for clerks because I have been in their shoes, so I know exactly what they go through on a daily basis. That actually led me to the title of the book that I wrote, called On Your Feet: Criminal Law Practice, because when I went to the parish court, I literally had to learn what to do in court and I couldn’t find any resource that would tell me what to do,” she said, adding that she had to lean on the guidance of fellow attorneys, clerical staff and police officers.

On Your Feet: Criminal Law Practice in the Parish Courts in Jamaica was published in June 2021.

Atkinson-Flowers explained that it is an ideal legal text for the parish court judge, clerk of the court, defence counsel, civil practitioners, new practitioners, paralegals and law students.

She added that journalists, police officers and members of the public can also learn about how the courts function.

The book is available at Ian Randle Publishers and on Amazon.

Atkinson-Flowers is married and the mother of a 19-year-old son and 10-year-old twin girls.

She admitted that sometimes the law takes over, especially when she has deadlines to meet.

“I try to balance a little bit more now. Since COVID-19, clients are not coming to the office as much because we are doing a lot of video and telephone meetings, so I can close the office not only physically, but also in my mind, a little earlier,” she explained.

The attorney has also ventured on to YouTube, where she uploads videos focused on US immigration laws and the Caribbean.

To aspiring attorneys, she said: “I want our young people to think of becoming an attorney because they want to serve. One of the things that I do here and at home is volunteer. By volunteering, I have learnt a lot, and you can actually learn more about an area of law besides your primary focus.”