No park, no taxi! 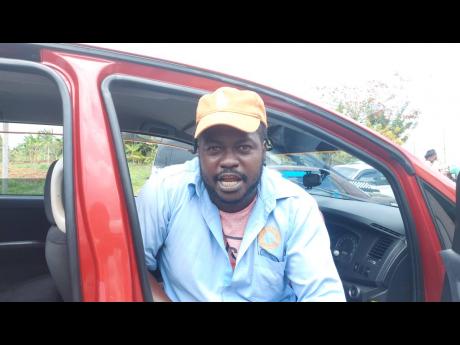 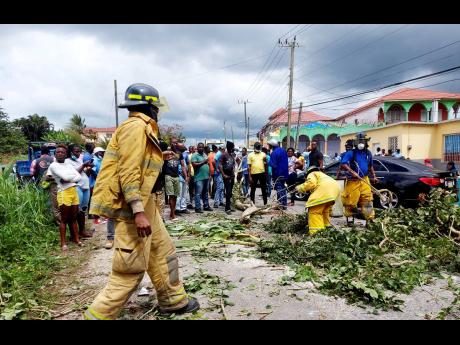 Tamara Bailey
Firefighters at Christiana Fire Station clear debris during a protest staged by taxi operators who are lobbying for a taxi park.
1
2

Taxi operators who ply several routes into sections of Christiana, in the parish, on Monday announced their plans to withdraw their services to the public until a space that can adequately hold them is identified and acquired.

Scores of students and other individuals in and around the area were left stranded on Monday, following the actions of the cab drivers who protested against the unavailability of a park large enough to house them and the increase in traffic fines daily from police.

“They put us in a lane they call Wildman Street and everybody down deh chuck up on one another. You have Albert Town, Litchfield, Craighead, Warsop, Troy and many other routes and everybody chuck up down there. Albert Town alone can’t hold down there,” Shevone Level, a taxi operator, explained.

Level said once a taxi operator parks outside of the inadequate designated space, they are fined heavily by police; even more so than private operators who stop at restricted spots.

“They charge us for failure to use park and we don’t have a park. You have shopkeepers mostly down Trelawny who come up and shop for their goods and they can’t carry it and the trolley man busy. When we go up to the top to pick it up, the police pull down on us a give we all three or four tickets, sometimes $2,500 each. Sometimes $10, 000 worth of ticket and that can’t work,” he added.

With plans for a prolonged demonstration, students, who rely on public transportation, are now extremely concerned about how this will affect them.

“This morning I came out here and I had to walk to Christiana [about a mile] to get to Christiana and I was late and I had an exam. I live all the way in Albert Town. I am a bit worried because if they continue, I won’t be able to travel to school,” said a student of Holmwood Technical High School, who wished not to be named

Principal of the Christiana High School, Leecent Wallace, indicated that a prolonged protest could be detrimental to the students who are now fully engaged in the physical classroom.

“Students who would be coming in from Trelawny, Craighead, Troy region came in slowly and had to walk from the blocked area ... I had to instruct one of the drivers to take the bus up to the blocked site. Whatever way I can help to alleviate the problem I will do just that.”

Despite the efforts of a group of firefighters, who were called to the scene to remove the debris, disgruntled taxi operators and residents were relentless in their pursuit to voice their concerns.

“Market street can’t hold everybody. The higglers a bad we up and police a bad we up. We need some leniency from the police until we get a better park. And if we not getting any leniency or any park, we a go protest. No park, no taxi,” an irate taxi driver expressed.

Having used a space privately owned in the past to park their vehicles, the taxi operators said they have been displaced since the property was repurposed by its owner.

They maintain that the primary park run by the Manchester Municipal Corporation is also inadequate to hold the increasing numbers of cab drivers.

But while Chief Executive Officer at the MMC Winston Palmer agrees that spacing is a challenge in the park, he told The Gleaner that several taxi drivers, even before the issue of spacing, opted not to use it because of its proximity.

He added, however, that an estimate will be done to see to the expansion of the current park, with possible assistance from the Ministry of Transport and Mining.

“We have enough land there [at current park] to expand it, but we will have to build around it and slope it down properly for taxis to exit. To make it orderly to prevent congestion we would allow them (taxi) to enter near to the fire station and exit on the bypass and they can go in either direction from there … . This will cost millions.”

Palmer said the corporation has taken a proactive approach to addressing the concerns along the major thoroughfare and will have the estimate brought to the next committee meeting scheduled for end of March into early April.

Calls made to the councillor of the division, Desmond Harrison, and Member of Parliament Audley Shaw went unanswered.