Sherridene Lee takes reins at WMA on eve of IWD 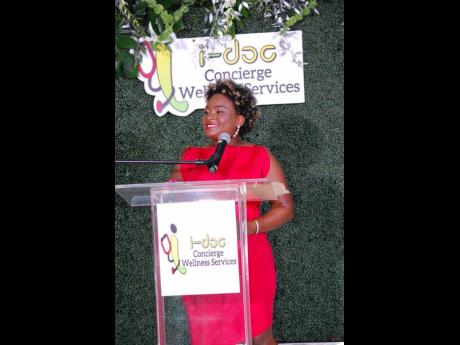 Lee, one of the youngest and most successful businesswomen in the medical field in western Jamaica, has set an ambitious course for her two-year tenure, which commenced officially yesterday morning. Her focus will be on mental wellness for regional physicians, community outreach programmes, increased member engagement, the revamping of the Medical Association of Jamaica (MAJ) Trust, and expanding opportunities for continuing education. She replaces Dr Simone Clarke, who served in the position for the last five years.

“We see a lot of trauma in our everyday work because it is a high-stress job. We have to take care of our mental health so we can take care of others,” she stated, adding that a lot of the times people do not see doctors as human beings.

Revamping the MAJ Trust, she admits, is the brainchild of President of the MAJ Brian James, and she has set her mind on giving it full support “because what we are doing is creating a safe space for colleagues in need”.

For the St Elizabeth-born doctor, who knew as early as age three that she would carry a stethoscope and a wear a gown in her future, continuing education for her peers is critical, and the WMA would ensure doctors in the region are up to date with new guidelines and treatments in the medical field.

The 34-year-old medical doctor, who has four offices across the island, namely, Negril, Montego Bay and Drax Hall, St Ann, has blazed a trail of innovative healthcare efforts over the last decade.

A past student of Manchester High, she studied medicine at the University of the West Indies, Mona, and joined the hard-working staff at the Mandeville Regional Hospital as an intern and upped the ante as senior house officer. She served in surgery and collaborated with Dr Sean Jones to make the remarkable contribution of establishing the first urology unit there.

Thereafter, her pursuit of medical care led her to joining the Darliston Health District, in Westmoreland, where she excelled as a District Medical Officer from 2016 to 2017. As recognition grew for her promising contributions to the public health sector, she journeyed to the Noel Holmes Hospital in Lucea, Hanover, where she spent a year, before joining Cornwall Regional Hospital’s oncology team.

After years of learning, growing, and serving the island’s public and private health sectors, it was time to listen to her heart’s desire to provide excellent healthcare for all Jamaicans. The wise counsel of her colleague, Dr Jacqueline Chambers, started her on the path to create the change she wanted to see on the island. Together, they combined efforts and launched the i-Doc Concierge Wellness Services in Montego Bay, St James, in March 2019. This began what would blossom into the high-quality, affordable medical service she desired for all Jamaicans.