CUMI gets $1m donation to continue its mission 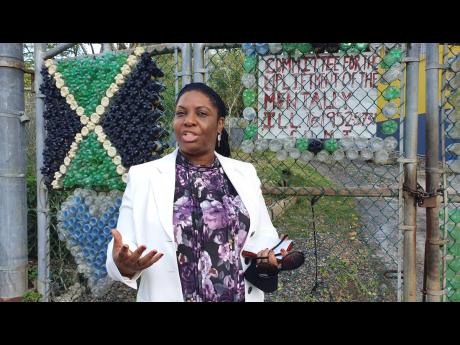 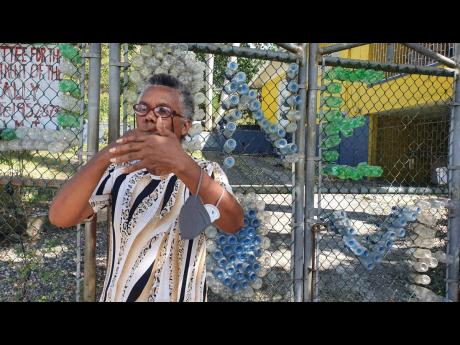 The first mentally ill man Dr Joyetta Gordon saw was stark naked on the streets of Hanover, subjected to ridicule and treated like a leper by residents of her community.

Those memories traumatised the then three-year-old, but it spurred her to care for the mentally ill.

“Early intervention is really important, particularly when you notice the signs, and that intervention must take place before they lose their minds and are not aware of what is going on,” the woman who volunteered 22 years ago as an activities coordinator at the Committee for the Upliftment of the Mentally Ill (CUMI), in St James, said during a recent presentation of $1 million to the ailing organisation.

Gordon, who became a clinical psychologist after attaining a master’s degree in forensic mental counselling and another in social work, said the money is to further the enhancement of CUMI’s mission, “to reach out and advocate for the homeless mentally ill of Montego Bay and ensure resources are available; attempt to improve their level of physical and mental health as well as their basic quality of life”.

“It is important to bless others as we are blessed, whether it is giving of our time, resources, skills, or talents. CUMI, and, in general, the mental health population, is near and dear to my heart,” she stated, adding that more infrastructure funding is necessary to eradicate stigma and educate the public on the importance of stable mental health.

“Unfortunately, mental illness often makes the news only when someone with a psychiatric diagnosis experiences psychosis and harms others. We need to be proactive in providing appropriate mental health services before the illness has progressed to a high-risk level,” she argued.

Gordon said that mental illness is like lifestyle disease, such as hypertension and diabetes, and can be treated effectively.

“There is no stigma around someone who has diabetes or high blood pressure. No one pokes fun, but someone has a disease of the mind and, you know, they are different, they are crazy and are to be avoided,” she lamented, anxious to see the introduction of public education that could help to increase awareness among the populace.

With the right medication, it is possible to prevent a mentally ill person from committing a dangerous act, said Gordon. Nurse administrator at CUMI, Joy Crooks concurred, while in the same breath speaking of how much of a vast difference the donation would make to the structure of their budget. Having lost two-thirds of their donors since the COVID-19 pandemic, CUMI has had to depend on gifting and kind donors to remain open.

And though they don’t have all their clients every day at their Brandon Hill centre, they still have to provide for them, plus provide a little extra because the families or friends that are supporting them need help taking care of them.

Currently, Crooks said she is looking to restructure its programme, but since COVID, mental-health issues have come up a lot in different ways. She is of the view that Jamaicans are becoming more aware, that apart from physical health, there’s no good health without good mental health. Another thing she said she has noticed is an increase in the number of people who are calling just to talk to somebody via telephone counselling, or to resolve problems, or to find out where they can go to check on their mental health.

“COVID has exposed the reality that mental health is more than just when you reach the streets, when you are walking naked on the street, or eating out of the garbage,” Crooks said, adding that early help is crucial.