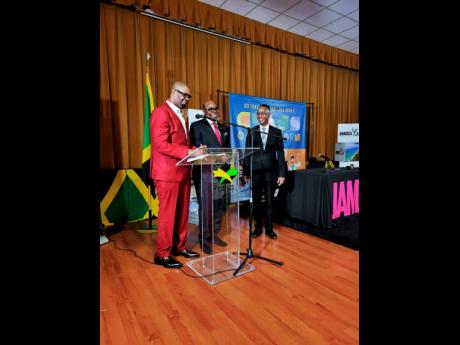 The co-chair of Global Tourism Resilience and Crisis Management Centre (GTRCMC) based at the University of the West Indies, Mona, Bartlett described the historic move as an opportunity to exchange knowledge between the two countries, in what will benefit global tourism.

The GTRCMC was established in 2018 as a global think tank that focuses exclusively on building resilience and managing crises that disrupt tourism. The volcanic eruption in St Vincent and the Grenadines; the earthquake in Haiti and a hurricane in The Bahamas are among the projects the GTRCMC has been involved.

This latest partnership, George Brown’s president, Dr Gervan Fearon says, will yield even more benefits in the field of tourism and tourism resilience as it offers an innovative approach to resilience building. “It will also allow for a deeper exchange of ideas and strategies between both institutions,” he argued.

The GTRCMC at George Brown College will act as the global simulation hub that will provide training and capacity building in tourism resilience – modelling solutions for climate change, cybersecurity, terrorism, cyberterrorism, wars, political unrest, pandemics and other threats to the global travel and tourism industry.

“A satellite centre at the George Brown College represents one of our milestones to open an office in North America which will cover various challenges facing the tourism sector in that space, as well as to support the recovery efforts of tourism destinations in North America,” posited Professor Lloyd Waller, executive director of the GTRCMC.

A media release from Jamaica’s Ministry of Tourism pointed out that the partnership announcement between the GTRCMC and George Brown College comes at a critical time for the industry as it recovers from a global pandemic and deals with economic fallout from the ongoing war in Europe.