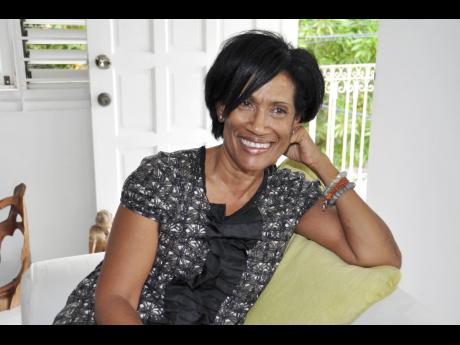 Wright, who was 69 years old, died at her home about 11 o’clock Tuesday night.

Her cancer had returned and she had been ailing for months, in and out of hospital.

Wright, who had beaten colon cancer twice, bone cancer once and breast cancer three times, told The Gleaner in 2011 “Cancer refuses to let me go”.

The former Montego Bay-based businesswoman who ran all the spas in the three Sunset Resort group of hotels, often said she was convinced cancer was in her genes.

“From my waist down is quite empty. The organs are all gone, no colon, no uterus, no cervix, that’s what I have to live with. I am emptying out which means my situation has become very serious.”

As serious as her situation was then, Wright whose prowess as a hairstylist and designer catapulted her to fame among Jamaican women, continued to build a name among health and wellness lovers.

She became an author penning her life story in a book title The Wright Life, which was released in 2018.

Wright’s ‘sister from another mother’, Katrin Casserly, who has been with her for the past 25 years, was devastated by the death when The Gleaner reached out to her yesterday.

Wright was the godmother of Casserly’s 15-year-old son.

“We had a bond that was unbreakable; Pat was the sister that I didn’t have. With all her health issues, she had a total zest for life and was spiritually so strong.”

When her cancer returned, her son Jarrett moved back to Jamaica from New York to take care of her.