Love Conquers All An Unbreakable Bond Between Two Generations 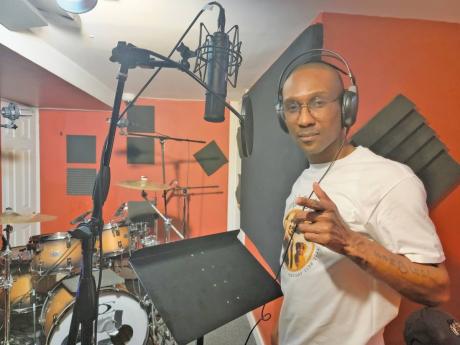 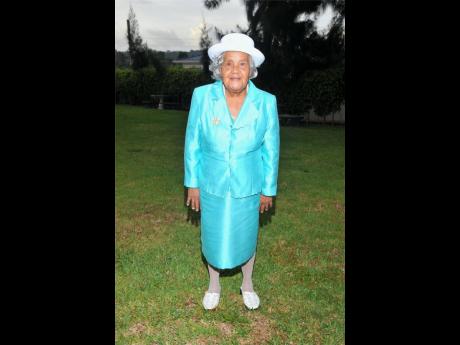 Jason Mills enjoyed a special bond with his late grandmother, Curdel Rochester Mills, and it is that special love that propels him to write his fourth book, Love Conquers All – An Unbreakable Bond Between Two Generations.

Expounding on the book, Mills, who writes under the moniker JayQues, said it is a memoir that explores the social relationship between him and his grandmother while intertwining the family’s Caribbean roots and journey to the Bronx, New York.

Growing up with his grandmother, JayQues, who was born in Tivoli Gardens in 1985, home of his maternal family, relocated to Saguinetti, Clarendon, at seven months old.

He was heavily influenced by his grandma’s Christian beliefs as she ensured that he attended her church – St Luke’s Anglican – with her on a consistent basis.

Rochester Mills, who hails from Bull Savannah in St Elizabeth, relocated to Sanguinetti, Clarendon, in her adult years to live with her husband. She was instrumental in teaching JayQues how to pray, encouraged him to read the Bible, and ensured that they shared moments worshipping together.

At age five, JayQues said he had his own personal relationship with God as he started being aware of the need to have Him in his life.

“I came to the realisation that I needed coverage when I was hospitalised at the Percy Junior Hospital in Manchester for internal bleeding at the age of eight, which threatened my life. I realised that I needed the Holy Spirit to cover me from spiritual attacks. I’ve maintained a solid and consistent prayer life throughout my lifetime,” Rochester shared with Family and Religion.

His grandmother’s influence in his life continued as he grew older as she convinced him to pursue and complete a master’s degree in biblical studies and theology at Knox Theological Seminary in 2020.

“My love for God’s infallible Word was cultivated by my grandmother. My entire spiritual foundation was influenced by her devoted love for God. My grandmother taught me the importance of forgiveness in living a liberated life and self-sacrifice for the glory of God. She taught me to be a defender of truth and to hold on to my faith in spite of the vicissitudes of life. I observed my grandmother’s faithfulness to God in season and out of season, which shaped my Christian values and motivated me to grow deeper in the things of God,” he said.

Reflecting on his late grandmother, JayQues described her as a sincere Christian woman with a heart of gold who lived a life worth honouring.

“Only once in a generation do we receive that special person sent directly from God to change the trajectory of a family. We had an incredible spiritual bond between us and lots of special memories in the Caribbean. Jamaica was so inspiring, and I have captured the experience within a biblical framework, citing the importance of genuine, vertical relationships with God and horizontal ones with others,” he said on his literary effort to capture her spirit.

For those who read the book, JayQues said he wants them to take away the power of spiritual bonding and divine love between a grandmother and grandson from two far-reaching generations cemented in a relationship with Jesus Christ.

“I want readers to bear witness to how divine love can transform the lives of people when we simply avail ourselves to the Holy Spirit. I want my readers to understand that our elders should be recognised and honoured for their selfless sacrifices, faithfulness to God and for paving the way the for us to the glory of God,” he shared.

JayQues, whose books include A Butterfly Restored: 7 Keys to Experience Spiritual Transformation and A Greater Purpose, currenly lives in Connecticut and works with the federal government. He is looking forward to the official launch of his book in Mount Vernon on Saturday, May 21, with all proceeds from the book earmarked for academic scholarships in his home community of Sanguinetti, Clarendon.

He said it is his dream to establish a formal ministry to help underprivileged students achieve their academic goals.

JayQues is also a US Navy veteran and holds a master’s degree with distinction in public administration and policy from John Jay College of Criminal Justice. He is an inspirational speaker, teacher, retreat facilitator, poet, and conscious reggae artist.