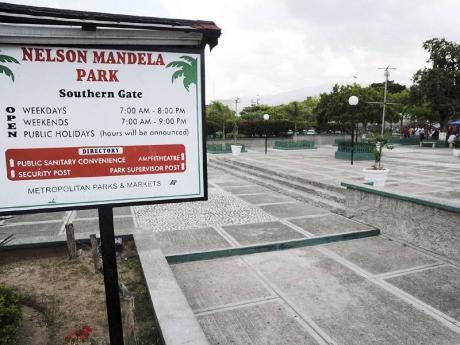 Culture, Gender, Entertainment and Sport Minister, Olivia Grange, announced today that the space will be renovated on the public holiday to be observed on May 23.

Some of the works to be done include, landscaping, masonry, carpentry, painting, electrical works, lighting as well as disinfecting and sanitising.

The park was named in honour of Nelson Mandela, the late former South African President and anti-apartheid hero.

"We felt it was necessary during this year when we celebrate our 60th and when we are recognising our brothers and sisters across the world — we thought it would be appropriate to start the refurbishing of Mandela Park," Grange said, acknowledging that the park is in a "shabby condition".

Grange said the focus for labour day is the protection of Jamaica's heritage and environment under the broad Jamaica 60 theme 'Re-igniting a Nation for Greatness'.

She said Jamaicans are to prepare for the Jamaica 60 jubilee celebrations by cleaning up and beautifying communities, landmarks and public spaces.

“The slogan is 'Mek Jamaica Cris an Clean' and so I'm appealing to Jamaicans — don't make this any ordinary clean up like we have done in the past. This must be special! Clean the corners, the crevice, every nook and cranny," she said.

Mayors, councillors and members of parliament will decide on the various labour day parish projects across the country.

Jamaica will mark 60 years of political independence from Great Britain on August 6.