The blessing of failure – Part II 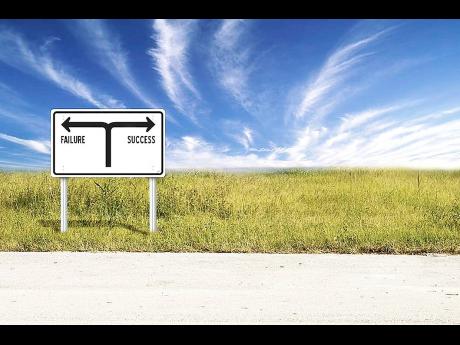 Believe it or not, there are valuable lessons and benefits that can only come from experiencing failure. The scriptures tell us, “And we know that in all things God works for the good of those who love him, who have been called according to his purpose.” Romans 8:28 NIV.‘All things’ include our failures because God works even in them.

Simon Peter knew all about failure. He failed when he denied that Jesus would die, missed it when he refused to let Jesus wash his feet, and when he took out his sword and cut off the ear of a servant of the High Priest. Most famously, he failed to stand up for Jesus during His trial. Through the Gospels, it seemed like Simon, the first leader of the church, messed up many times.

Despite all that, Jesus gave Simon the name ‘Peter’, which means ‘rock’. Jesus offered forgiveness for all of Peter’s failings. He learnt of God’s grace and love from his failures. Peter moved past these to preach one of the greatest sermons in the history of Christianity, where 3,000 people became followers of Jesus Christ in a single day!

We should also learn from our mistakes. Galatians 6:9 NIV says, “Let us not become weary in doing good for at the proper time, we will reap a harvest if we do not give up.” The truth is that many of us give up too quickly,but one of the best ways to learn is through failure. We become a success through them.

It’s not to imply that we have to enjoy failure or that it feels good. Failure hurts. But responding with faith can move us forward. John Gardner, social and political activist, said:“One of the reasons mature people stop growing and learning is that they become less and less willing to risk failure.” Failure is not the worst thing that can happen, it can help us to succeed.

Here are some benefits of failure:

Thomas Edison had 10,000 failures before he learned how to work the light bulb. He didn’t call it a failure; he called it an education. He said, “I know 10,000 things that don’t work.” There are some things in life that are only learned through failure. Failure isn’t special but to learn from failure is special, and smart people learn from them.

Failure is a stepping-stone to success, if we try new approaches. Michael Jordan has become something of a legend for turning failure into success. He said: “I’ve missed more than 9,000 shots in my career. I’ve lost almost 300 games. 26 times, I’ve been trusted to take the game winning shot and missed. I’ve failed over and over and over again in my life. And that is why I succeed.” Failure is a teachable moment.

Colonel Sanders, the founder of KFC, failed at everything in his life until he was about 70 years old. Then he started doing what he had always wanted to do - cooking chicken. When we fail at something, sometimes God is developing a skill that we didn’t know we had. He can use our failure to direct us into a new area.

Most people who’ve failed tend to be more sympathetic. Without failure, it’s easy to look down on those who fail. Jesus said: “The one who has been forgiven little, loves little.” Luke 7:47 NLV

Failure is a part of life that we all will experience. However, our perspective can help us to learn valuable lessons from those experiences to make us a success.