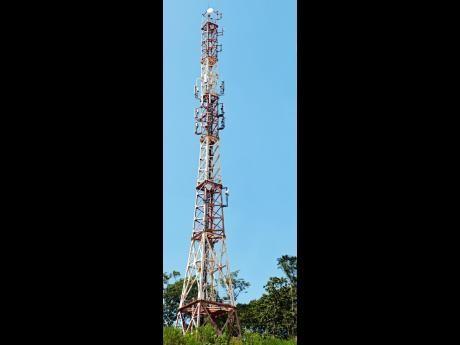 The Kingston and St Andrew Municipal Corporation said it treated the Digicel's application as an emergency one given the importance of telecommunications services in the COVID-19 environment.

The Supreme Court has granted the go-ahead for residents of Aylsham Heights, St Andrew to challenge the government's approval for a Digicel Jamaica cell tower to be erected in proximity to their homes.

A trial date has been set for October 26.

The residents say they will be adversely affected by the 24-metre structure because they own and reside on properties that would be within the radius of the microwave radiation to be emitted from the tower due to be built within two years at 1 Aylsham Heights, Kingston 8.

But the Kingston and St Andrew Municipal Corporation (KSAMC) said it treated Digicel's application on November 9, 2021 as an emergency one given the importance of telecommunication services in the COVID-19 environment.

Steven Sykes, president of the Durie Drive and Aylsham Heights Citizens' Association, and association member Lynden Nugent filed the claim against the KSAMC, the first respondent, and the Natural Resources Conservation Authority (NRCA), the second respondent in April. The NRCA granted an environmental permit.

After considering the claim on paper, the Supreme Court gave permission for the case to go to the Judicial Review Court, where the residents are seeking an order quashing the decisions of the state authorities.

Digicel Jamaica is one of the country's main telecommunications providers.

The citizens contend that no survey was conducted in their community before approval was granted to Digicel and that they were not contacted or asked for any feedback in relation to company's application.

They say it was on December 23, 2021 that one of the members of the association saw a notice dated November 10, 2021 attached to the gate at 1 Aylsham Heights, which stated that anyone wishing to object should do so within 14 days.

Sykes said he wrote to the KSAMC and was informed that there was a favourable survey to Digicel's building application that was approved by the Building and Town Planning Committee on November 17, 2021.

The citizens sought a meeting and virtual one was held on March 4 this year during which the KSAMC's attorneys maintained that their client had done nothing wrong in considering and granting the application before the period of filing an objection had expired.

The claimants say they have not received any further update from the NRCA in relation to the verification of the community survey.

In its response to the claim, the KSAMC has argued that it treated Digicel's application for a cell tower as an emergency, pointing to the COVID-19 pandemic, government's work-from-home policy and the focus on online classes.

"The KSAMC reasonably considered the applications for the construction of cell towers in the Aylsham Heights area and other areas to be necessary for the protection of the health safety and welfare of persons as it facilitated the work from home policy which aimed to slow the spread  of COVID-19 by providing better telecommunication services," said City Engineer Xavier Chevannes in an affidavit for the municipal corporation.

He added: "the KSAMC did not require the evidence of service of a notice of intention to carry out building works in respect of the construction of the cell tower".

The KSAMC approved Digicel's request within five working days of the application being submitted but the residents are contending that under the Kingston and St Andrew Building Regulations, there is a 30-day period for objection after a notice of application is made.

Digicel submitted its application to the NRCA for an environmental permit on November 15, the same date the KSAMC sent a request for planning permission from the Town and Country Planning Authority, which operates with the NRCA.

Both requests were approved the following day.

The residents are being represented by attorney-at-law Gavin Goffe, a partner in the firm, Myers, Fletcher & Gordon. The KSAMC's lawyer is Rose Bennett-Cooper of Bennett Cooper Smith.

Internal lawyers are arguing for the NRCA.