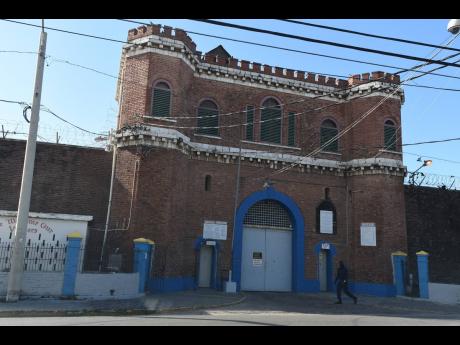 Eighteen inmates at the Tower Street Adult Correctional Centre (TSACC) were awarded on Thursday for their successful academic performance in the January sitting of the Caribbean Secondary Education Certificate (CSEC) examinations.

The Class of 2022 graduands contributed to the school’s 73 per cent successful pass rate in principles of business, principles of accounts, mathematics, English language and social studies. Three inmates received certificates of excellence for obtaining grades one and two, while 15 inmates received certificates of achievement for obtaining grade three during their enrolment at the Tower Street Adult Correctional Centre Keith Walters School.

Three correctional officers, a teacher at the institution and four inmates who prepared fellow inmates for the examinations, also received certificates of appreciation.

Keynote speaker at the graduation ceremony Jayson Downer, deputy chairman of the board of visitors for TSACC, encouraged the inmates to do their part in mentoring the youth and steer them from a life of crime.

“I interact with boys from different socio-economic backgrounds. There are stories I cannot tell them because I have never been there, but you who have been there and done that can be very instructive in what you say,” Downer said while making reference to the importance of the lessons learned through conversation with his father who was incarcerated during the earliest stages of his life.

Downer further encouraged the inmates to seek guidance from the superintendents and rehabilitation officers in their efforts to move on. He also charged the men to remain engaged.

“Once you are engaged as you are now, your future must be brighter. In engaging in the present, it also means doing so through the means presented through the officers and through the system to engage your sons, your daughters and family members in a timely and strategic way,” he said.