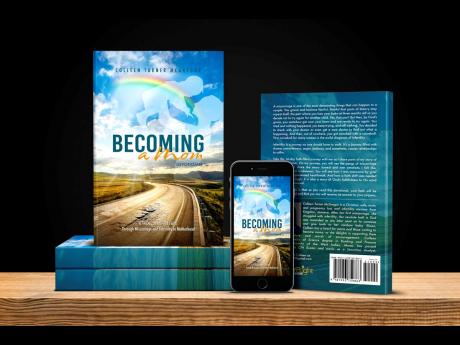 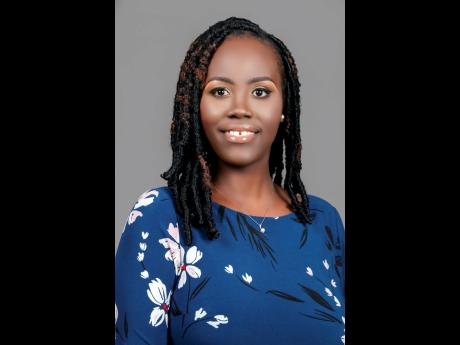 Miscarriage is not an easy issue to experience. Many women sink into depression after not being able to deliver that bundle of joy they were expecting.

Colleen Turner McGregor has fought that battle and has chronicled her experience with encouragement for others in her book Becoming A Mom – A 14 Day Journey of Faith Through Miscarriage and Infertility to Motherhood.

That journey began in 2012, when McGregor and her husband decided it was time to start a family.

“We were ecstatic! However, at 12 weeks I began spotting. I don’t think I will ever forget that afternoon, Friday, May 11, 2012. We went in to see my gynaecologist, and he sent us to do an ultrasound. The results showed that although I was 12 weeks along, the foetus was the size of a three-week-old,” she shared.

It was crushing news for them as the realisation dawned that the baby would never make it. To add to her pain, the doctor removed the foetus one day before Mother’s Day.

McGregor felt she had been dealt a bad hand, and questioned God. She could not even talk to one of her friends who was also pregnant at the time, as her wounds were just too raw.

Watching commercials with babies would cause her to cry as she continued to grieve the loss. She eventually got counselling, but her grief gave way to fear.

“I became fearful of trying for another baby because I wondered how I would manage if I should miscarry again. So, I decided not to try again. However, God was faithful enough to deliver me from all my fears and we began trying again,” she said.

Nothing happened for a year, they visited the doctor and informed him that they were trying for a year with no results. He ordered some tests for her husband and herself. When the results came back, her husband was fine, but she was diagnosed with infertility. She said she was baffled by it because she thought there was no way a very young and healthy person like herself could be infertile. The diagnosis caused her to grieve the loss of her baby all over again.

“He prescribed tablets for me to take. I placed my faith solely in these tablets. I believed with my heart that these tablets would cause me to become pregnant. I took the tablets from January 2014 to June 2014 when I believe the Holy Spirit impressed upon me to stop taking them,” she revealed, but cautioned that others should not abandon their doctor’s orders as it was her truth.

In June, she completed a 56-day devotional on infertility and she said her faith had now shifted. Where before her faith was in the tablets, she said it is now in the word of God.

“Although my faith was now in God and I believed that He made what seems impossible, possible, I still had to battle the many emotions that came. Shame, jealousy, loneliness, and anger were just a few. There were days when I wondered if God would answer my prayers, or if I had to wait like Sara did until she was 99 years old to bear a child,” she noted, admitting that the thoughts brought anxiety.

In November 2014, she shared that a former colleague who knew nothing about her was inspired to pray for her womb. Although she prayed for her, she never confirmed or denied to the colleague that she was dealing with infertility as she felt too ashamed. The colleague told her that when she got back from vacation, which she had planned that same month, she would get a bump of blessing.

“In December 2014, the Holy Spirit told me what my bump of blessing was. I believed it and went as far as to tell my general practitioner that I was pregnant without any evidential support. Just after the Lord told me about my pregnancy, I got a negative diagnosis from my ophthalmologist that required surgery which she wanted to do under general anaesthesia,” she said, pointing that she then informed her doctor that she was pregnant.

She was eventually sent to do the pregnancy test, with the result coming back positive.

“God’s mercy kept my baby and me during the surgery, which I did wide awake. My pregnancy was without complications and at 40 weeks, I gave birth to my beautiful daughter Eliana which means, ‘God has answered.’ She is our rainbow baby, our rainbow after the storm of miscarriage and infertility,” she said enthusiastically.

Commenting on the book, she expressed hope that readers will embrace the fact that God is faithful to perform His word, and He provides everything you need.

Born and raised in Kingston, she is a past student of Immaculate Conception High School, and The University of the West Indies, where she read for a bachelor’s degree in banking and finance. She pursued further studies, completing the Jamaican securities course, passed Level 1 of the CFA exams, and is currently enrolled in the Certified International Risk Manager programme.