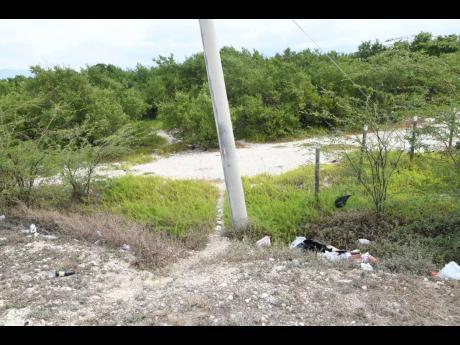 Portmore Mayor Leon Thomas said he has long been calling for the de-bushing of Dyke Road. -File photo

The authorities will be moving to clear overgrown vegetation along the Dyke Road in Portmore, St Catherine, just over a week after the police discovered a criminal base in the area.

Last Tuesday, Head of the St Catherine South Police, Senior Superintendent (SSP) Christopher Phillips appealed for the area to be de-bushed after a team of soldiers and police got involved in a shootout with men who used the vegetation as cover to elude the security forces.

Local Government Minister Desmond McKenzie is expected to lead the clean-up exercise of the area under the Clean-up Jamaica campaign on Thursday morning.

Portmore Mayor Leon Thomas said he has long been calling for the de-bushing of Dyke Road, which he claimed falls under the National Works agency.

"The works agency carried out the clearing of the overgrown once and a private businessperson also did it once, but lately everyone has turned a blind eye until after the police discovered the gang headquarters in the bushes," Thomas said, adding that the Municipality would have done the work if funds were available.

Thomas said the current situation posed a danger not only to motorists but also to pedestrians. Persons have reportedly been robbed at gunpoint in the area on several occasions.

SSP Phillips said the gang headquarters was outfitted with several household items, among other things. In Tuesday's operation, a member of the Mexico gang was killed and six weapons including two shotguns, an M16 rifle, an AK-47,  a browning pistol and a .380 pistol, were recovered.