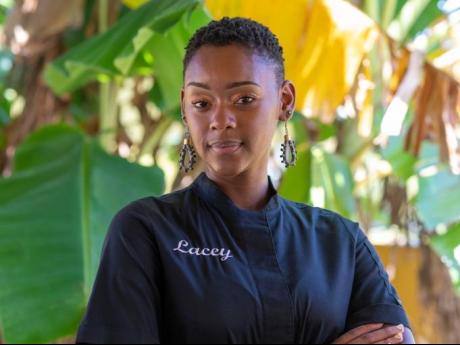 Williams: "The entire community is in mourning, everybody is really saddened by the news and they’re just doing their best to alleviate the stress off of the family." - Contributed photo.

Jamaicans living in Martha's Vineyard, Massachusetts and other residents have come together to raise US$60,000 to help with the burial and other costs for the Bulgin brothers from Clarendon.

Jamaican chef Lacey Williams, who operates the Nyamnz Martha's Vineyard restaurant, told The Gleaner Wednesday morning that there has been an outpouring of emotions since the tragedy, noting that the funds were raised through a GoFundMe account.

Tavaris Bulgin, 26, and his brother Tavaughn, 21, were among persons who on Sunday jumped from a popular bridge to take a swim but got into difficulties while in the water.

Tavaris' body was found in a pond on Monday morning.

A search continues for Tavaughn, who is presumed dead.

“The entire community is in mourning, everybody is really saddened by the news and they're just doing their best to alleviate the stress off of the family. They send their condolences. It has been a really good outpouring of support for the boys,” said Williams, who said she was heartbroken by the news.

"It's something that everybody does; it's a tradition to jump off the bridge, so I think we were all extremely shocked to find out,” she noted.

Williams said the Jamaicans on the popular tourist island have been shaken by the tragedy.

“It's extremely, extremely sad. I work with a team of all Jamaicans and on the day we worked it was quiet, nobody said anything, and we just all had it on our minds. There is a community Facebook page and everybody has been coming back to the Facebook page to talk about how much they've been affected by it and how much it has been running on their minds.

“Widely, we're all affected by it and definitely in the Jamaican community.”