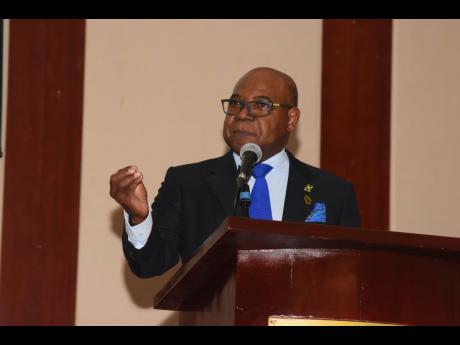 Jamaica is pacing ahead of every other English-speaking Caribbean country and African Americans have contributed significantly to the fast recovery trend, says Tourism Minister Edmund Bartlett.

“The Afro-American market has taken off with a bang. We have never seen the level of visitorship that we are now seeing from that community and they spend at an enormously attractive level,” he said, noting that the visitors are mainly from the northeastern seaboard, which includes New York, New Jersey, and Connecticut areas.

According to Bartlett, the growth in this market is not by coincidence.

“It has been coming for a while. Jamaica is seen as the most welcoming and congenial destination for Afro-Americans in the entire region,” he told The Gleaner during the 29th World Travel Awards at Sandals Montego Bay on Wednesday evening.

The country’s rich cultural heritage, music, food, and sports are key pull factors creating a buzz around the island.

The size of the Jamaican diaspora in the United States is also a major plus.

“Jamaica has the largest diaspora in the English-speaking Caribbean. The fact that we lead other Caribbean destinations that have larger populations than ours is a statement of how well our product is,” said the tourism minister.

Jamaica is also the most connected destination in the English-speaking Caribbean, with every major carrier flying into the island daily.

Admitting he did not foresee the recovery happening at such speed, Bartlett revealed said Jamaica has attracted a significant number of people who are seeking safer and more COVID-compliant protocols.

Only the Dominican Republic and Mexico are pacing ahead of Jamaica in the region.

“The expectation for this year is between $5 billion and $6 billion,” Bartlett stated.

He predicts that for the fiscal year, the fund will be ahead of the 2019 income.

Monies from the TEF are used for the improvement of the tourism product.