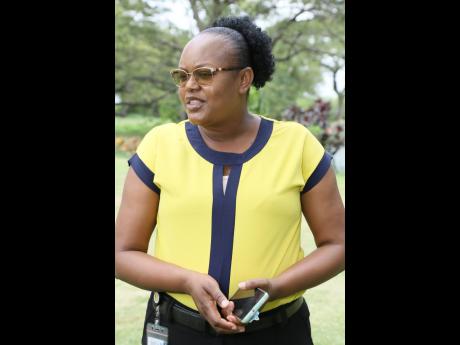 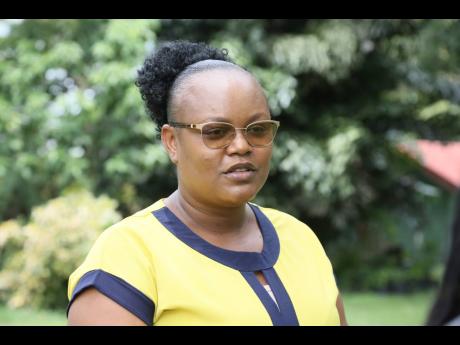 Nickeeshia Smith Robertson’s life is a living testimony of God’s goodness and His saving grace. After all that she has been through, she said she cannot but serve the Lord as He showed up big time in her life when she wasn’t even thinking about Him. In fact, she said she was having such a good time enjoying what the world had to offer to even give Him a second thought.

However, things changed 17 years ago after she got pregnant at age 19 with her first child. It was then, she said, that all her trials began, and interestingly, it was also when she had her first encounter with the Lord.

In an interview with Family and Religion, Smith Robertson said there were many issues with her pregnancy, which caused her to be hospitalised frequently.

“The doctors were not sure what was happening. At six months, they could not feel the baby. I knew it was there, but they never felt it,” she shared.

Smith Robertson said her pregnancy was problematic, and she was in constant danger of losing her child. At one point after a conversation with the doctor, she said she literally saw herself dead. The ordeal caused her to go through a period of depression.

She said that it was at that point that she started to read her Bible and asked God that if He was real, He should show up and help her.

One night she went to her bed and dreamt that she was at her own wake and someone was telling her to eat some food.

“So I asked, ‘Who are you?’ They said, ‘We are demons. You have to eat the food first before we can play in it’,” she related.

Robertson said she started to rebel and refused to partake until she woke up.

When she opened her eyes, she realised that she was losing her child and so had to be rushed to the doctor. The doctors were puzzled and referred her to a clinic for high-risk patients.

However, there were one or two doctors who wondered aloud if she was crazy or if she was just making things up because as soon as she got to the health facility, whatever medical trauma she was facing seemed to just disappear.

She experienced a ray of hope one day when she heard a song playing on the radio with the words “I am waiting for my breakthrough. You told me to wait and it won’t be long,” when she heard a voice say ,’Whenever you hear this song, you are going to have the baby’.

“I was home alone. My mother was gone on the road, it must be You who said this, so I am going to trust You for this. I am gonna hold You to this,” Robertson remembered praying to the Lord.

One month later, still feeling frustrated, Smith Robertson went to the doctor who told her that the baby’s head was down, but she was not in labour, so she should go back home.

When she woke up the following morning, she said she felt like two hands were at her side. She told her mother who said maybe the baby had “dropped”. Her mother, who was a vendor in the Old Harbour Market, set out and told her to call if she needed her.

As soon as her mother left, Smith Robertson said she turned on the radio and heard the same song about waiting, and immediately, she recalled God’s promise. With it came the conviction that her baby was going to be born that day.

She started preparing to go to the hospital and called her mother. She had been to the hospital so many times during the pregnancy that when the nurses saw her they asked, ‘What now’? telling her to wait and allow another woman who was in pain to go before her. After insisting that her child was about to be born, a nurse relented as she said Smith Robertson was not normally the kind to make a fuss.

“When the nurse examined me she realised that one of the baby’s feet was already showing. She rushed out and called the doctor, who asked me, ‘Are you sure you not feeling pain’? When she told him no, he could not believe it.

Smith Robertson said she was shocked when the doctor informed her that she should have died about an hour before, or she should have been doubled over in pain, judging by the fact that her blood pressure was elevated and she had preclampsia.

She was rushed to the operating theatre, and her son was born that day.

The miracles were not over. Two days later, when doctors removed her bandage, they were shocked,because the cut had healed as if she had never got one.

She was discharged from hospital in record time, but her son was born with a heart condition, and one of his legs was shorter than the other one. The prognosis was not good. However, 18 years later ,he is completely healed and is living a normal life.

“When I think about it, how can I not serve the Lord?” she asked. Now married with another child, Smith Robertson continues to be a living testimony to God’s goodness and saving grace.