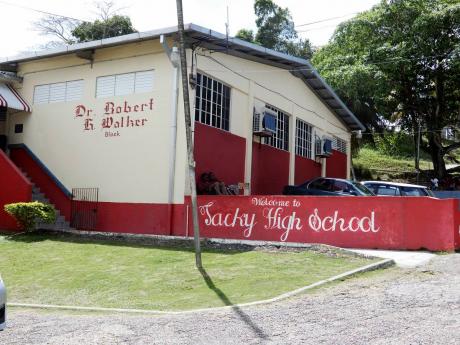 PRINCIPAL OF Tacky High School in St Mary, Errol Bascoe, is adamant that his institution will not be a part of the Ministry of Education’s Sixth Form Pathways Programme (SFPP).

Bascoe, who spoke to The Gleaner on the school grounds, said that the space is simply not there to accommodate any additional students, as Tacky is already forced to operate a satellite campus some 12 miles away in the community of Retreat to accommodate grade-seven students.

“I am willing to go public to say personally, right here, we cannot take on the sixth form programme,” Bascoe asserted, while making it clear that he was not in favour of the SFPP.

“I neither have the interest nor the capacity, because as it is now, we operate a (satellite) campus, too. We are too small to have all grade seven to eleven students here. So, we have grade seven on a different campus some ten miles away,” he continued.

Bascoe said the school’s administration has repeatedly requested from the education ministry an additional eight classrooms to accommodate the expanding student population. However, he said the request has fallen on deaf ears. “All we ask for is eight more classrooms. And not just [from] this administration, from the administration before,” he added.

According to him, the shortage of classroom space at Tacky High existed ever since they made the transition from a double-shift system to single shift in 2015. As a result of the shortage of space, Bascoe said that the education ministry sent the grade seven and eight students to another location in a primary school building.

Under the SFPP, all high-school graduates this year will automatically transition to grade 12, after which they will earn the equivalent of an associate degree.