The Robinsons … a lesson in compromise and working together 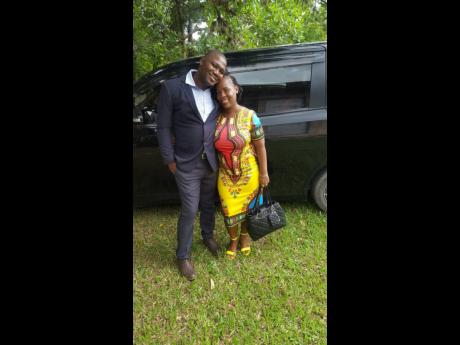 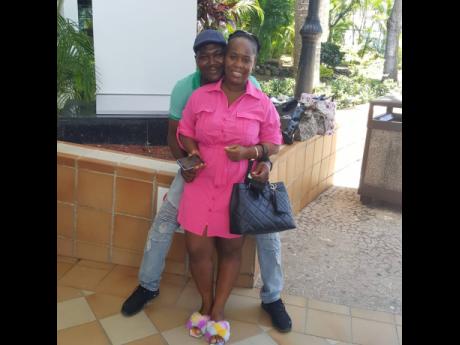 Garfre and Shanae Robinson will celebrate their fourth wedding anniversary in December, and for them, the art of learning to compromise while navigating financial hurdles is the glue that kept them together in the early days of their marriage.

Speaking from their home in St Elizabeth, the couple, in testifying about their journey and accomplishments, told Family and Religion that they learned early in their relationship to compromise to make things work.

Garfre said the first thing he told Shanae when he decided to propose to her was, “Mi bruck!” as he was in the midst of pursuing his master’s degree and getting ready to do his National College for Education Leadership principal course.

For some women, that would have been a sign for them to bolt, but not Shanae. She saw potential in Garfre that told her he was for keeps – even if it meant assisting him financially until he could get on his feet.

Reminiscing on their journey to becoming hitched, Garfre said the first time he laid eyes on Shanae was at Bromptom Primary School in St Elizabeth where they were both teaching. He said on that first encounter he knew that she was his “fit” ... his “missing rib”.

“I decided that if I was going to settle down, that it would be with her,” he told Family and Religion.

For Shanae, it was Garfre’s charm, pleasantness, helpfulness and always sunny personality that did it for her.

During the courtship, the couple found out that they had a lot in common. They discovered that they used to sell in the Savanna-lar-Mar market in Westmoreland.

With a laugh, Garfre revealed that during that time he was selling shorts and underpants, while his wife sold khus khus – a popular perfume in those days.

“Imagine we might have crossed paths so many times, but just never met,” he said.

Garfre was also impressed with the fact that they both shared the same Christian values, believed in hard work and shared similar upbringing – cementing the ‘perfect fit’.

After their relationship progressed and he knew for sure that he was going to ask her to be his bride, Garfre said he decided to be open with her by putting his cards on the table.

“I told her the truth. I came straight forward and said, ‘mi bruck’.

Shanae, however, was not daunted by the prospect of assisting her husband financially by bearing the full cost of his principal course. She said she had no fear that he would betray her trust, as she was confident she was investing so that life would get better for the both of them.

“I knew that one day he would have the money. I never once thought that he would switch when things turned around. I always see the best in people so I wasn’t afraid to lend a helping hand,” she said.

As for Garfre, he had words of wisdom to other couples where one is initially financially stronger than the other. He said honesty is key in situations such as that, and if they don’t have money, then giving of their time is just as important and sometimes even more valuable.

“I was in a financial struggle, but I made up with my time. I would clean, cook, wash, etc. I realised that it cannot be a case where she is expected to carry the heavier financial weight and do these things so I had to make up with my time,” he shared.

Garfre stressed the importance of loyalty. He said that you should never forget who assisted you in achieving your goals. He also advised that the key to keeping your relationship alive is ensuring that there is balance and honesty.