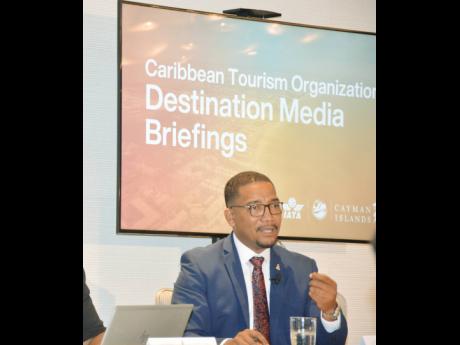 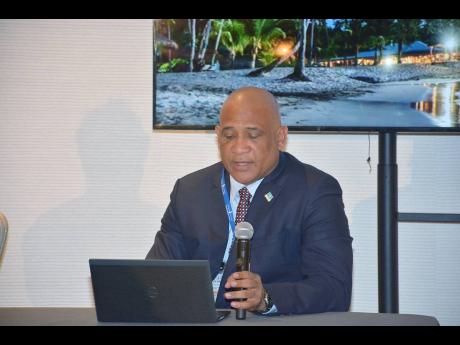 Several Caribbean destinations are boasting a rebound from the COVID-19 hit with projections to either surpass or break even with pre-pandemic 2019 performances.

Antigua and Barbuda, the Cayman Islands, Grenada, The Bahamas, Barbados, Dominica, St Lucia, St Kitts, Belize and the Turks and Caicos were among the countries expressing optimism during a state of the industry press briefing on Monday at the Ritz-Carlton Grand Cayman.

“We are confident that come December 31st, we will be over the line and meet the targets of 301,000 arrivals, which we achieved in 2019. The numbers are being driven by the United States, our largest source market,” said Colin James, CEO of the Antigua and Barbuda Tourism Authority.

Revealing that arrivals from the Canadian market had contracted, James said that tourism dependency forced Antigua and Barbuda to make a decision to be the first Caribbean destination to reopen its borders to visitors at the height of the pandemic.

Sixty-five per cent of the country’s GDP is fed by the tourism sector, which employs roughly 15,000 people in the country, which has a population of 100,000.

The Cayman Islands – one of the first to close its borders and among the last to reopen – is also extremely optimistic about the future and equally serious about balancing development with the protection of the environment. The country’s tourism minister, Kenneth Bryan, said that although it is tracking below 2019 arrivals, the country is expecting to welcome some 250,000 visitors by year-end.

The slide in numbers has not necessarily meant less revenue, and Bryan said that room rates have returned to pre-pandemic levels.

“Our data shows that visitors are staying longer in our islands. This is beneficial to the hotels and businesses within our tourism sector, as it translates into a greater economic impact,” Bryan explained, revealing that 48.1 per cent of stayover guests are repeat visitors. This is 3.5 per cent higher than for the corresponding period in 2019.

In addition, travellers have been willing to pay more to vacation in the British overseas territory after the ravages of COVID-19.

Plans are also in the pipeline for nine new properties, including five scheduled to be completed between 2023 and 2025. These properties, Bryan said, will add several new international brands to the country’s accommodations sector. They include Vida Cayman’s 18 bungalows; Kailani with 80 one-, two-, and three-bedroom suites; Hotel Indigo, 282 rooms; Grand Hyatt Hotel & Residences, 351 rooms; and the Mandarin Oriental Hotel with 100 hotel rooms and 89 residences.

St Lucia, one of the world’s most romantic wedding destinations, is outpacing its 2019 figures by five months, making it the Caribbean’s benchmark.

St Lucia’s numbers average 25,000 to 30,000 visitors per month with most travellers visiting from the United Kingdom and the United States.

The island has also announced a significant number of tourism developments with several international brands committed to new hotels. A new Courtyard Marriott Hotel is scheduled for completion in 2023. Hyatt will build a 345-room luxury Grand Hyatt, while AMResorts will manage a Dreams and a Secrets resort by Saint Lucia Canelles Resort luxury.

The St Lucia Jazz Festival will also return next May 2023 after a three-year hiatus.

In the case of Anguilla, although the island is extremely small, as a high-end destination, it has been able to charge up US$25,000 per night for accommodation because it is not overpopulated and has no all-inclusive hotels or cruise shipping.

“We have no fast-food restaurants and the biggest stars can walk freely without any interference,” Minister of Tourism Haydn Hughes stated.