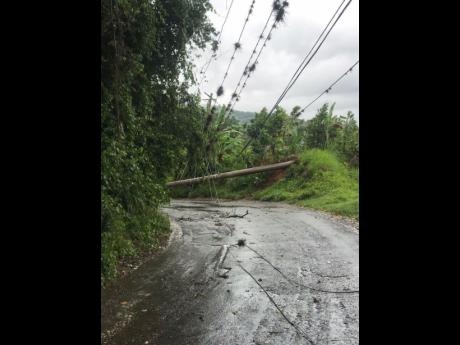 Several roadways have been blocked because of flooding associated with the outer bands of Hurricane Ian.

Most of the reports so far are coming out of Clarendon, St Catherine and parts of Kingston and St Andrew.

The National Works Agency has tweeted some of the updates:

Lower Chapelton to Rock River Road in Clarendon, is now impassable due to a breakaway.

Flooding reported along the Freetown to Four Paths road at Rasta Corner. Motorists advised to use the East/West Toll Road, if travelling between Old Harbour and May Pen.

Caution is advised in Aenon Town especially in the vicinity of the Thatch Walk Bridge due rising water levels along the roadway.

The Kupuis to Colonel's Ridge roadway is impacted by landslide.

Sandbags raised outside the Ruthven Towers apartment complex in St Andrew to protect the property from flooding. In August, keys were handed out for 86 units constructed under phase one of the development being spearheaded by the National Housing Trust.