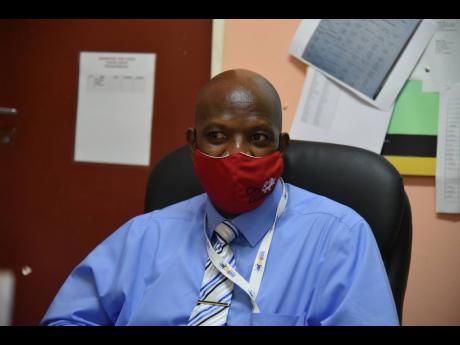 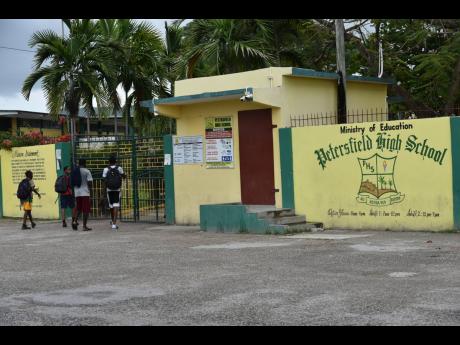 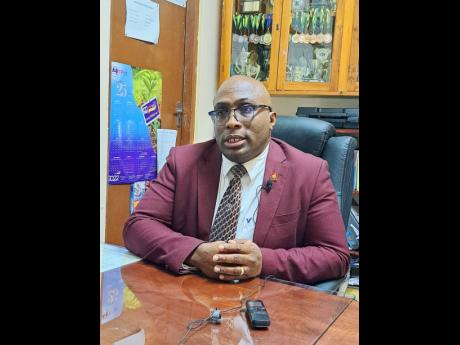 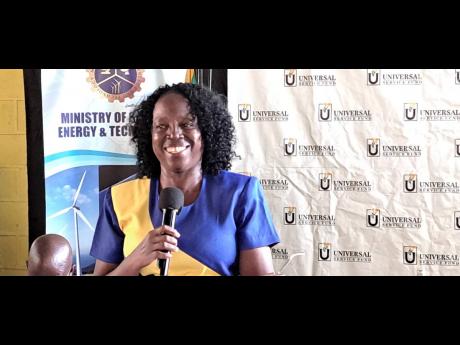 WHILE THERE was no major report of flooding in western Jamaica, heavy and continuous rains forced the suspension of face-to-face classes at several schools in the region yesterday.

For the first time since school reopened for the start of the 2022-2023 academic year, the education sector was forced to resort to the online modality.

March of 2020 was the first time that students from early childhood through to high school were exposed to the online method of teaching and learning due to the COVID-19 pandemic, which lasted for approximately two calendar years.

Muschett High, Anchovy High, Petersfield High and Little London High schools are among the list of educational institutions that kept their doors closed as adverse weather conditions associated with the outer bands of Hurricane Ian continue to affect sections of the island.

Along with an advisory from the Ministry of Education and Youth late Sunday, Roan Green, principal of Petersfield High School, said precautionary measures were taken because sections of the parish are known to be flooded during periods of heavy rainfall.

Petersfield High School is located in the Petersfield community, along the roadway to the Roaring River water supply system in Westmoreland, an area prone to flooding.

“We are having school, not physical, because of the possibility of flooding in the different communities that our students are coming from,” Green said, pointing to the use of Google Classroom for online classes.

“It’s a precautionary step for which we are hoping that things will be more favourable today,” Green told The Gleaner.

In Trelawny, Leighton Johnson, principal of Muschett High, said it was raining heavily yesterday morning and out of an abundance of caution, he decided not to have in-person classes until the weather improved.

“It has been raining heavily since 6 a.m., therefore, we have advised our parents not to send out the students to school,” Johnson said. “The teachers have opened up the Google Classrooms and classes are online.”

At Wakefield Primary, principal Michael James reported that while the option of conducting face-to-face classes remained, only about 60 students and a few teachers turned up at school.

“We have 454 students and about 60 of them have braved the rains and are here at school. They will be catered to,” James said. “Our Google Classrooms have been activated and classes will be online until normal conditions return to facilitate in-person teaching and learning.”

Students from William Knibb Memorial High School, who had braved the weather and turned up for classes, were sent home and facilitated online.

There were also no physical classes at Hopewell High School in Hanover. Those students, The Gleaner understands, were also facilitated online.

At Cambridge High School, face-to-face classes were held, albeit with a significantly reduced number of students.

Further south of Montego Bay, Marcia Gordon, principal at the Catadupa Primary School, said her students were told to access their lessons online as rain pelted the area.

“It was raining very heavily and it was cold, so school was cancelled for the day and the children were online. But the teachers were at school,” Gordon said.