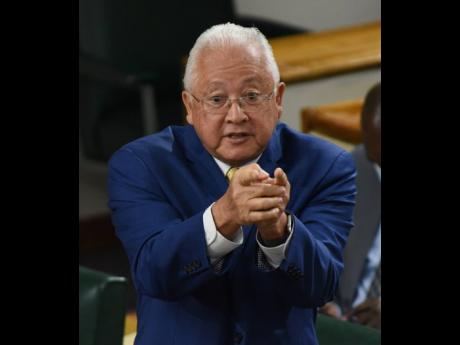 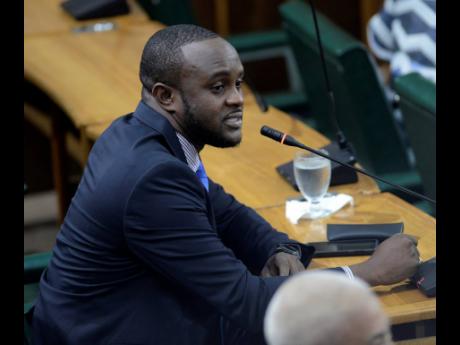 CLAIMS ON social media by People’s National Party (PNP) activist and vice-chairman of the PNP’s Eastern Hanover constituency machinery, Craig Oates, that Lionel Myrie should not have been appointed as a justice of the peace (JP) in the parish, have been rubbished by Minister of Justice Delroy Chuck and Hanover Custos Dr David Stair.

Myrie, a former director of the Petroleum Corporation of Jamaica (PCJ), who was among several managers and directors of the now-dissolved Petroleum Corporation of Jamaica under investigation by the Major Organised Crime and Anti-Corruption Agency (MOCA) for his role in a $9-million donation made by the oil refinery to a community project in Homestead, St Catherine, was commissioned as a JP in Hanover on Thursday, September 22. He was among a batch of 45 persons who were commissioned into service.

Oates took to social media on Saturday, calling on the prime minister, minister of justice and leader of the Opposition PNP to see to the revocation of Myrie’s appointment, because of his connection to the PCJ probe.

A similar outcry from the PNP in 2021 had caused the Tourism Product Development Company to rescind the appointment of Myrie as interim executive director of the agency.

“I am not accusing Mr Myrie of any wrongdoing, because he has not been arrested and charged. But to have Mr Myrie recommending on persons’ character while his character is being investigated, to me is wrong,” Oates argued in the video posted on social media.

Pointing out that he has been informed that Myrie, who now resides in Hanover, was cleared by the police, who are required to investigate the background of all applicants for the post of JP in the parish, Oates suggested that Myrie should have withdrawn himself from being commissioned until he has been cleared by those probing the PCJ matter.

Chuck, who gave the main address at the commissioning ceremony and met with justices of the peace in Hanover on Saturday, told The Gleaner during an interview that systems are in place to withdraw or rescind the appointment of JPs who have been found to be involved in unsavoury or questionable behaviour.

“This is the sort of unfortunate political divisiveness which frequently causes persons to not even offer themselves in any public office, and that is one of the reasons why I really don’t think that if a matter is under investigation it should be made public,” the justice minister lamented.

“I am aware that The Gleaner believes that everything should be open and transparent. But if a person is under investigation, it may well turn out that the allegations are without merit, and until you get something concrete, and the person in fact is charged, I don’t think we should use the investigation to slander and malign a person,” Chuck stated.

According to him, to the extent that the custos is aware that the individual has a clean record, there is no reason why he should not be confirmed as a JP.

“It is a different matter if, subsequently, he is charged; then his commission would be suspended. And if he is convicted, the likelihood is that it (the commission) will be removed,” he emphasised.

Chuck argued that once a person is in public life, there will always be others who will try to malign them, noting that he has had personal experience of such bias. He argued that it is very unfortunate that persons can easily find an audience on social media to spread any ‘suss’.

Meanwhile, Stair told The Gleaner that as far as he is aware, Myrie is not under any investigation. The Hanover custos said he has personally checked with MOCA and the Integrity Commission and was informed that there is no investigation of Myrie at this point in time.

“I even spoke directly to the gentleman (Myrie). I asked him if he has any outstanding issues, and he assured me that there is none,” Stair stated.

The laws of natural justice demands that if you were not proven guilty then you are innocent, Stair argued, adding that Myrie was processed like everyone else and that nothing to deny him during the vetting process from being commissioned turned up. Stair added that the provisions of appointment allow for its revocation, if necessary.

“I welcome him as a JP, and I hope that he will stand up to scrutiny and he will do what he is supposed to do as a JP in this parish,” the custos said.