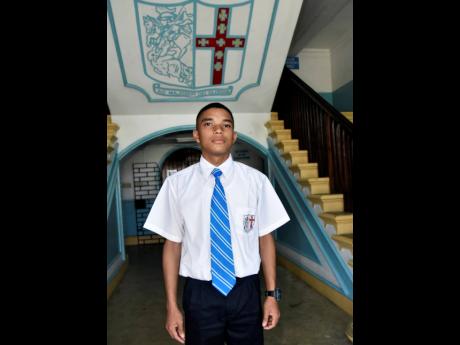 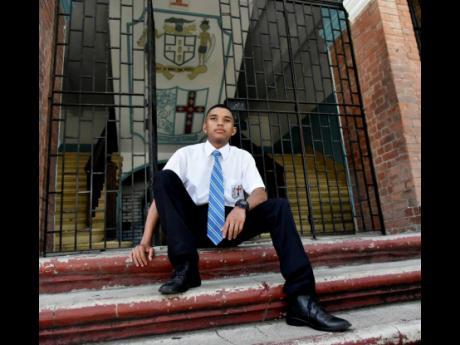 His grandmother, Hazel Mary Washington, had come to live with his family when she got sick a year earlier, and during that time they developed a very close relationship, especially since he was actively involved in her care.

“During online classes me and my brother had to take shifts watching her as she also had dementia. We had to prepare her food, and help to clean her face. I had to learn how to manage my time through those situations,” he said.

So even though he was grieving her death from mouth (cheek) cancer, he was determined to honour his grandmother’s memory by acing his exams.

“It was hard because my exam was on the Monday and she died the Thursday. But I had prepared and I knew my grandmother wanted me to do well. She only completed school at the grade six level so I just go in there and do my best,” he told The Gleaner.

But even as he did his exams, he had to deal with the emotional stress of assisting in planning her funeral.

And the trials just kept coming.

“Prior to my physics exam, that was when the funeral was kept, and on that same day a truck came and hit down our light post, so we were out of Internet for three weeks,” he said.

This was very inconvenient, but it wasn’t the first time that he’d been without internet and had to get innovative.

“In fourth form when COVID-19 just came in, my internet went for six weeks. So during those times I had to use a lot of rental books to teach myself most of the concepts. By using hotspot to go in, (I would) download some of the concepts that I didn’t catch so good,” he recalled.

The St George’s College student said these subject choices will lead him to a career as a mechanical engineer. He chose this field because of his propensity for fixing things, and the influence of his older brother who is studying to be an electrical engineer.

Chin, who is the youngest of three boys, grew up in a single-parent household. His father died of a heart attack when he was only 8 years old. He said luckily, his older brothers offered guidance, and he could always depend on his mother’s support.

This strong support from his mom and siblings along with that from his late grandmother always “reinforcing the importance of learning and education”, served Chin well.

He was awarded a scholarship to attend sixth form at his school after placing fourth in the school for producing the best CSEC passes.

“My grandmother helped me to build maturity while I was (caring for) her face and preparing her food sometimes. That helped me to get to where I wanted,” he said.