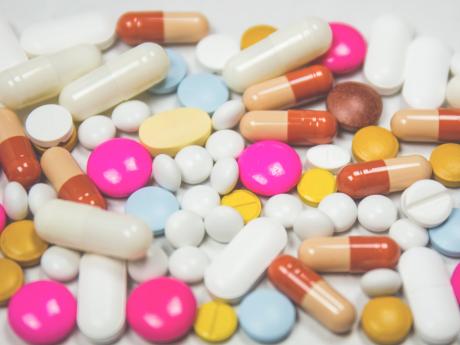 A recent situational assessment undertaken in May by the National Council on Drug Abuse highlighted a growing trend in the use of 'Molly', particularly among the youth and young adults. - Contributed photo.

The Government is to update Jamaica’s laws to combat the prevalence of methylenedioxy methamphetamine, commonly known as 'Molly', in the society.

Holness’ stance was communicated at the monthly meeting of the National Security Council (NSC), which was held on Thursday, September 29.

The meeting was chaired by Holness.

A statement today from the Office of the Prime Minister (OPM) indicated that the council received a presentation from the National Council on Drug Abuse (NCDA) which highlighted the increased use of psychoactive substances and their deviant effect on youths, particularly coming out of the COVID-19 pandemic.

READ: Molly alarm as youth drug use under scrutiny

It was pointed out that a recent situational assessment undertaken in May by the NCDA highlighted a growing trend in the use of 'Molly', particularly among the youth and young adults.

The NCDA highlighted that the impact of the drug has manifested in increased socially risky and physically dangerous behaviour.

Considering the national implications, OPM said Holness directed that the laws around these psychoactive substances be updated to adequately capture the threat they pose and hold to account the producers and traffickers of the substances.

According to OPM, the security council was also advised that aside from the risks associated with the psychoactive substance, the vast majority of the drug being sold on the market to unsuspecting users contain other dangerous and toxic synthetic substances which oftentimes have negative long-term effects on the human body.

The NSC is warning Jamaicans, particularly young people, to stay away from the use of Molly and all other forms of drugs.