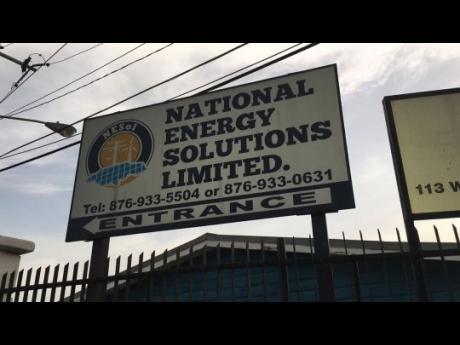 Just over $19 million in total was allegedly milked from the entity through fraudulent means, while nearly $40 million was allegedly recovered from ex-employee, Lawrence Pommels,

Government prosecutors will continue their push Friday to get records admitted into evidence at the trial of five persons implicated in the multimillion-dollar money laundering and fraud scandal uncovered at the now-defunct National Energy Solutions Limited (NESoL).

The case, which started on Monday before Senior Parish Judge Desiree Alleyne in the St Catherine Parish Court, is expected to involve 47 witnesses.

Just over $19 million in total was allegedly milked from the entity through fraudulent means, while nearly $40 million was allegedly recovered from ex-employee, Lawrence Pommels, a former chief engineer.

The two ex-employees, Pommels and former construction supervisor, Rayon Hamilton are charged on a 24-count indictment for alleged breaches under the Larceny Act, Corruption Prevent Act, and the Proceeds of Crime Act.

Pommels and Hamilton are facing several allegations of causing monies to be paid out by means of false pretence, as well as breaches of the Corruption Prevention Act. They are also accused of bribing an investigator in the matter with more than $18 million.

The two are jointly charged for possession of the criminal property in relation to approximately $10.7 million and nearly US$5000 that was seized at their St Catherine homes.

Stewart, a contractor, is charged with obtaining money by false pretence.

The Crown is alleging that the monies were fraudulently paid out to various persons for the installation of solar panels and electrical installation upgrade purportedly done at various schools and churches between January 1, 2017, and May 2018.

The first witness, who had occupied the role of director of finance, is currently on the stand.

During her evidence, she detailed the process, procedures and systems that were involved in the payments of monies for the different projects that were being undertaken by NESoL. She also outlined the roles that were played by the different workers under her supervision.

The witness had handed over several documents to the police including special project books, disbursement books, encashed cheques and a sub-contract payments list.

On Thursday, defence lawyers, Chuckwuemeka Cameron, Oliver Clue and Donahue Martin vigorously objected to the list and disbursement books being entered into evidence, arguing that they amounted to hearsay and were inadmissible as the witness is not the creator of the documents.

However, their objections were overruled by the judge after the prosecutor successfully argued that the amended Evidence Act of 2015 makes provision for documents created during the course of business, trade or employment to be tendered as a business document without calling the author as the witness.

The prosecutor further highlighted that the statutory requirements are satisfied once the Crown has established that the document was prepared during the regular course of business and that the information was supplied by persons named on the statement, directly or indirectly.

Today when the matter resumes, the prosecution will seek to get more of the documents tendered into evidence.

NESoL, which was established in 2015 to take over the functions of the Rural Electrification Programme, was an agency under the Ministry of Science, Energy & Technology.

The entity was hit with a series of scandals in 2018. That same year, the agency's managing director Carolyn Warren resigned and so too did then portfolio minister Dr Andrew Wheatley amid controversies at Petrojam and NESoL.