17.4 per cent growth in agriculture for third quarter 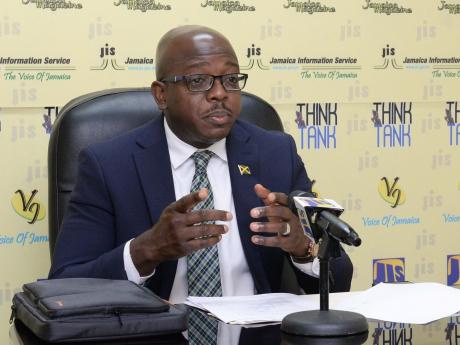 The Ministry of Agriculture and Fisheries is reporting growth of 17.4 per cent for the third quarter of the year, from July to September.

Portfolio Minister, Pearnel Charles Jr., in making the disclosure in a release recently, said that the out-turn represents six consecutive quarters of growth since the second quarter of 2021.

He lauded the farmers for their performance.

“Our agriculture sector has been achieving unprecedented numbers since the start of the year, with the third quarter reflecting one of the best-performing quarters on record,” he said.

Charles Jr. noted that recent heavy rains associated with the passage of Tropical Storm Ian during late September did not significantly impact the overall output for the third quarter.

Meanwhile, the Ministry reported that the domestic crop subsector continues to perform well in response to increased investment and support, based on targeted interventions in productivity and marketing.

All major crop groups reflected an increase for the third quarter of 2022.

In terms of absolute volumes, the most significant increases were seen for vegetables, 11,522 tonnes; yams, 8,166 tonnes; and fruits, 4,449 tonnes, Charles Jr. said.