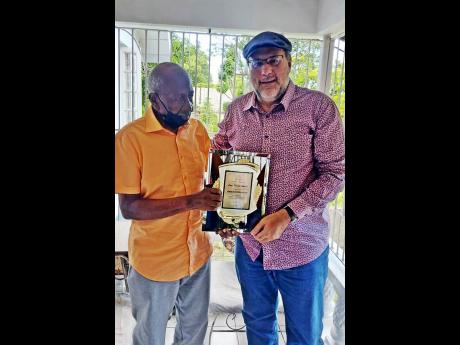 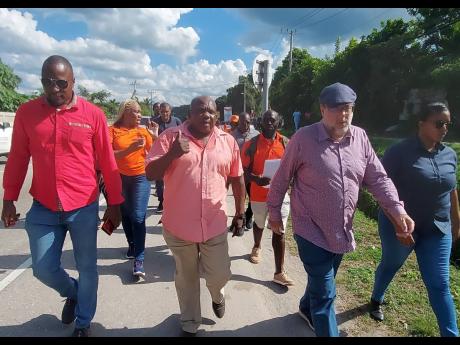 Opposition leader and People’s National Party (PNP) President Mark Golding has expressed concern about how the tourism product continues to be developed without ensuring that Jamaicans will maintain access to the island’s beaches.

Golding, who toured a section of North East St Ann recently, spoke to The Gleaner about the issue and expressed the hope that common ground could be found that sees Jamaicans being able to enjoy the nation’s beaches as before.

“And so we’ve reached a situation now where it’s a source of a lot of anger and frustration because a lot of the beach that people in former times were able to enjoy and use are no longer accessible to them, and we’ve committed to doing something about that when we’re next in government,” Golding said.

His comment came after he spoke to fishermen and other residents of Mammee Bay South who have been denied access to the beach in Mammee Bay as the owner has built a wall to deny them access, with the construction of a hotel now underway.

Prior to the pandemic, residents mounted several protests against efforts to deny them access to the beach. Some fishermen who have been denied access to continue making a livelihood from that location were reportedly compensated for the displacement. Residents who use the beach for recreational purposes were not so fortunate, however.

Golding said he is hoping “that the owner might consider providing some arrangement which would allow the community and the fishermen to continue to have access in a way which would not impede whatever development plans they may have for that property”.

Golding promised residents who are still without land titles assistance in securing those documents, after more than 300 titles were issued to residents in 2014, leaving others still waiting.

“A regularisation of land tenure in the community took place, resulting in over 300, I think, being issued to community residents in 2014,” he explained.

“They were living on property which had been given to the community many years before, but they didn’t have any proper titling arrangement. That was sorted out but, unfortunately in doing so, the surveyor had ended at a gully that runs through the property. There is another part of the community on the other side of the gully, so they were not included in the regularisation. They are very concerned about the fact that, since 2016, they’ve not heard or seen anything being done to take that matter further for them. So we indicated our willingness to assist them to pursue the regularisation of their titles.”

“We handed him a plaque to honour him for his tremendous service for 30 years in the fire brigade and 10 years as councillor,” Golding disclosed.