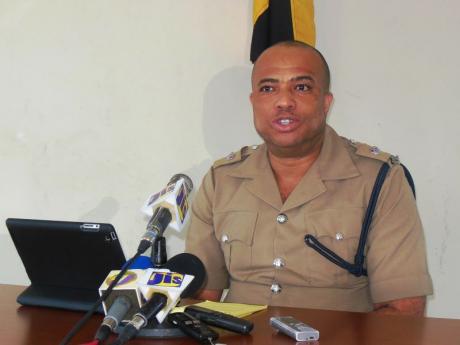 Champagnie said the police will be increasing surveillance in an effort to prevent millions in losses. - Contributed photo

The police in St Catherine are ramping up efforts against goat thieves and other praedial larcenists as the Christmas season approaches.

Acting head of the St Catherine North police division, Superintendent Derrick Champagnie said the police recognise that farmers are already suffering as a result of thieves who supply the illegal market.

He noted that given the upcoming festive season, even more thieves are out to deprive residents of small ruminants, especially goats.

Champagnie said the police will be increasing surveillance in an effort to prevent millions in losses.

"We will be adding more personnel to the Praedial Larceny Unit, which serves the division," Superintendent Champagnie said.

"The increase in numbers will see more operations and snap searches, but the ultimate success will come from the residents' cooperation, by way of information," he added.

Champagnie said there will also be greater visibility of police personnel in public spaces throughout the Christmas season to ensure "law-abiding people can shop freely without  fear."