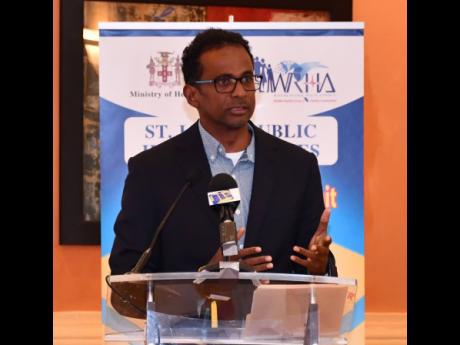 The Old Steamer Beach in Hopewell, Hanover, is to be developed this time by the Tourism Enhancement Fund (TEF), some twenty years after similar plans were put forward by the Ministry of Local Government in 2002.

Dr Carey Wallace, executive director of the TEF, who spoke at a community consultation held in the Orchard Sports Complex in Hopewell on Sunday, told residents that the Old Steamer Beach is one of 12 across Jamaica that is targeted for development with groundbreaking expected within the next financial year.

“We have a mandate to enhance Destination Jamaica, and as we do that we have to develop and enhance Jamaica in a way that it benefits all the people of Jamaica ... and one of the projects that is dearest to our hearts is this Beaches Development project, where we develop 12 public beaches across Jamaica, for the people of Jamaica,” he stated.

While he did not detail the proposed budgetary expenditure from the TEF for the beach development project, Wallace said the beaches will be made more attractive, enjoyable and accommodative to the citizens of the country.

“The big thing is that because we are the ones spending the money, with the capital that we are investing in it, we make the beach end up being much more attractive, get much more business, and we develop the beach in a way where we add revenue centres as part of the capital development,” he stated.

Wallace said further that income from the revenue centres will be used to maintain the respective beach: “What that means, in a long story made short, is that the beach has to give free access to the public, at all our beaches.”

Residents of Hopewell and surrounding districts who were out in their numbers at the consultation, did not hesitate to voice their scepticism and concerns. Even as they welcomed the project, they questioned whether the development would prevent them from accessing the beach, as they have been for generations.

Director of projects at the TEF, Johan Rampair, displayed artistic renditions of what Orchard Beach, otherwise known as Old Steamer Beach, would look like after the development.

Pressed on the time frame for the development, he explained that a full government approval process can take up to five years, but is dependent on how quickly the different stages of approvals necessary are achieved.

“New plans are a little bit more robust,” Rampair stated, noting that the plans have already been through the first stages of approval.

Mayor of Lucea and chairman of the Hanover Municipal Corporation (HMC), Sheridan Samuels, endorsed the project.

“I am happy that the project was well explained to us all today, and we all see the need for it, and I am OK with TEF doing the project and it has my full support,” he stated.

Noting that discussions have already been held between the HMC and TEF, Samuels pointed out that a ‘No Objection’ approval has already been granted by the HMC.

“That ‘No Objection’ does not have anything to do with the physical or infrastructural development of the project itself. They (TEF) will now have to put the architectural plans to us for assessment,” he stated.

“One thing I do not want is to see the Old Steamer Beach become what Puerto Seco has become in St Ann. We want the residents to have full access to the beach and that is one of the reasons why I am here in person today,” he emphasised.