Pandohie willing to surrender some protections in crime fight, but critics warn of slippery slope 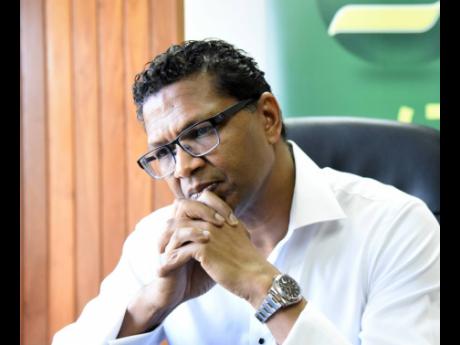 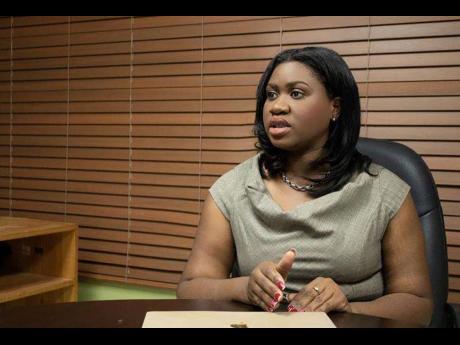 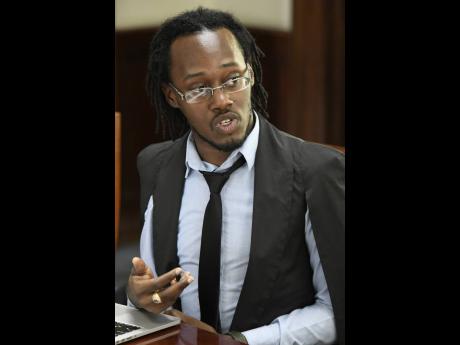 Richard Pandohie is prepared to surrender some of his constitutional rights as the Government battles to reduce murders and other violent crimes, but the Seprod Group of Companies CEO is very clear that all Jamaicans should be required to submit to any such measures.

In an interview with The Sunday Gleaner, the business leader noted that history has not been kind to poor Jamaicans, who bear the brunt of abuse of rights in crime-fighting efforts.

“If it’s Jamaicans giving it up, it must be all Jamaicans. I don’t have a problem with that. But it cannot be just some Jamaicans. Look at COVID-19 and the way the enforcement went in terms of breaches. It was very different in the different levels of the society. It was wrong,” he argued. “You could be uptown and things going on. You are downtown and things going on, and police pick you up and throw you in a truck back and carry dem guh jail. It’s wrong. We are reinforcing the ‘them’ and ‘us’.”

He said that such inequalities reinforce views that some parts of society are better than others.

“So yes, we need to take some strong measures, which may involve giving up some constitutional rights, to get this monster under control, but it can’t just be for some Jamaicans,” he emphasised. “ ... That’s the problem I am having, because every time we do this, it just seems like some poor people get pressured, and as a Jamaican, that hurts.”

Pandohie was speaking in the wake of recent declarations of states of emergency (SOEs) in sections of the island which have now expired after failing to win Opposition support for an extension in the Senate.

Rights groups have railed against the arbitrary use of SOEs by the Government, even while acknowledging the country’s crime crisis.

In refusing to back the Government’s push for an extension of the recent SOEs, the Opposition said the constant use of SOEs to fight crime was an abuse of the Constitution, calling instead for the establishment of more zones of special operations, which would allow for social intervention while boosting the presence of the security forces in crime hotspots.

The Private Sector Organisation of Jamaica has urged the Government and Opposition to find common ground to solve the pressing problem.

Pandohie strongly believes that inequity in society and the treatment of the poor by State agents have resulted in the antagonism between the citizenry and police.

“If we are to go back, it pains you to see some things happening and it’s fuelling a level of resentment that I see growing, growing and growing. So I am prepared to give up some rights, just as we had to stay at home during COVID. If it’s gonna help, I am prepared to do it, but it must be across the board for everybody,” he insisted.

Mickel Jackson, executive director of Jamaicans for Justice, said that while the human rights lobby understands the fear around crime that would generate such a call, it is urging the Government to develop comprehensive strategies to address the crisis.

Jamaica, she told The Sunday Gleaner, “does not need short-term knee-jerk reactions that may have decades’ worth of negative implications for all of us”.

And like Pandohie, she questions whether such curtailment, if it becomes necessary, would reek of inequality.

“Our foreparents fought too hard, sacrificed too much, for us to so quickly give up our own liberties and that of others ... . So while rights can now be curtailed, there must be safeguards to ensure that the most vulnerable are not targeted,” Jackson said. “In the giving up of these rights, who are likely to be affected? Certainly not the middle and upper class! Far too often, those who are unaffected by historic State abuses are most willing to say they are willing to give up rights. More often than not, they are quite aware that they will never be subjected to the plight of the poor and the lived experiences of those families ... .”

Jackson urged many Jamaicans with well-intended positions to visit the lock-ups and see the state in which detainees are held.

‘HOW MANY RIGHTS ARE WE TALKING ABOUT?’

Glenroy Murray, a tutor in constitutional law at the Norman Manley Law School, also urged caution, noting that while people may be quick to say they are willing to give up some rights, they often do not say which or exactly how far they are prepared to go.

“Is it my right to a fair trial? To freedom of movement and liberty? How many rights are we talking about?” Murray asked.

“If we take the usual rights, for example, the detentions, I don’t know if [it’s] the wholesale giving up of those rights in their current formulations, where courts are very keen to safeguard the rights of people, because it’s more than about a man being able to walk about his business,” he told The Sunday Gleaner.

Murray argued that while an individual may be detained for two days under an SOE, which provides for persons to be held for long periods without charge, this could cause major disruptions in their lives and for their businesses and their dependents. He said he is unaware of any data showing the long-term benefits of the loss of those rights.

“I don’t think as a people we have problems with curfews and staying at our yards, despite some still [sneak] and go out. But to a large degree, most of us stayed in [under the COVID disaster management orders] and those were laws we were giving up – rights to movement and work. A lot of older persons had to stay inside, but we understood that there were things larger than ourselves that needed to be responded to,” said Murray.

“The challenge is, what really are they asking of us? ... When I give up my rights, what is the surety of conviction? Where is the additional work that is going to be done to strengthen the system so that I can be confident that my giving up my rights is a temporary measure?” he asked.

While supporters of the SOEs have touted statistics pointing to a reduction in murders, many have ignored the reality that the majority of those detained are poor, unconnected, young men, who are often released without charge.

“It cannot continue to be that the Government and police want to be able to detain, indefinitely, poor, young black men while those connected to the upper social, ethnic and political class are untouched. In my practice, I see this happen every day. Like Mr Pandohie said, everybody should give up some rights, but the evidence so far suggests that only one set will be giving up rights. It is not fair,” said a member of the political class who did not want to be named.