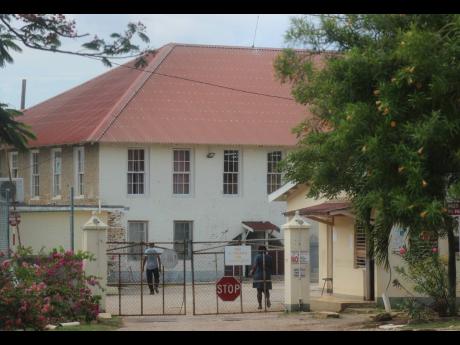 Aldwayne Beckford, Ministry of Health parish manager at the Noel Holmes Hospital in Lucea, Hanover says the situation of a pile-up of unwashed linen at the facility has been addressed, and arrangements are now in place to prevent a recurrence.

“As it relates to the laundry, to date we have now cleared up our backlog, as we have a working relationship with the Savanna-la-mar Hospital that has helped us to bring back the situation to normalcy,” Beckford said.

“We still have an ongoing public/private partnership between us and the Round Hill hotel, in Hanover, also with another government agency in terms of the Hanover Infirmary,” he stated.Beckford said further that the facility would shortly be equipped with a new industrial-type laundry machine which has already been procured and is slated to reach the Noel Holmes Hospital by the end of the financial year, March 2023. He said the MOH’s technical team was awaiting its delivery to do the necessary connections.

“So as it is right now the department is functioning pretty comfortably, based on the work relationship that we have with the other hospital, our private partners, and the fact that we have put a small unit in place in the interim to clear up the backlog that we had,” he emphasised.Eyebrows were raised at a meeting held recently at the Hanover Municipal Corporation (HMC), when one councillor stated that he visited the Noel Holmes Hospital, and was shown a huge pile of dirty linen to be cleaned, sitting in the hospital’s laundry room. The councillor suggested further that he had firsthand knowledge that an industrial laundry machine was purchased for the Noel Holmes Hospital, but was instead sent to the Cornwall Regional Hospital, in Montego Bay, St. James.

Beckford rubbished that claim, however, arguing that the councillor’s statement was ‘without base and not factual’. He said the councillor’s claim would, and could not be allowed under the Government’s procurement guidelines.

“As a matter of fact I will tell you that if the Cornwall Regional Hospital was ready to accept a 100-pound machine that would even defeat their purpose. That would be like me buying a household commercial machine (for the Noel Holmes Hospital), that would not help Cornwall Regional, so that is not factual,” Beckford said.