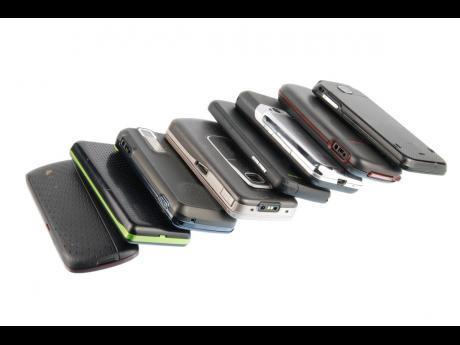 By supporting a cross-network solution, Digicel says stolen phones will be disabled and included in a national database that would prevent them from being reconnected to any network. - File photo.

The company says it is collaborating on an industry solution to make this happen.

It says the move represents a significant step in an industrywide effort to prevent the sale of stolen phones.

“The word here is that, very soon, stolen phones will no longer work on any network in Jamaica. We are enhancing this assurance by working diligently through collaboration with the Ministry of Science, Energy and Technology and industry stakeholders,” said CEO of Digicel Jamaica, Jabbor Kayumov, in a statement today.

Already, Digicel customers are able to report the loss or theft of their phones, however, the devices are only blocked on its network.

By supporting a cross-network solution, Digicel says stolen phones will be disabled and included in a national database that would prevent them from being reconnected to any network.

“There is a significant need for this now, considering that more robberies today involve the theft of a cell phone, with some incidents leading to injury and even death. This cannot be allowed to continue,” Jabbor remarked.

In addition to cross-network blocking, Jabbor is urging smartphone users to download and use apps that may help to track their devices and protect their data in the event of phone theft.