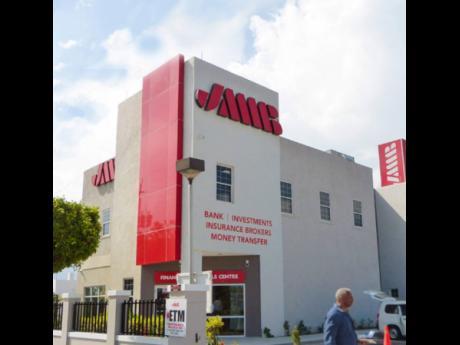 It said the issue was identified and corrected the next day. - File photo

Jamaica Money Market Brokers Limited (JMMB) has confirmed that a person unconnected to Petrojam was able to access two of the refinery's accounts last month.

JMMB's statements follow recent claims in court that former Petrojam General Manager Floyd Grindley was still a signatory to the account and was able to check the account which had in it more than US$19 million.

In a media release on Wednesday afternoon, JMMB said on November 7 a 'view only' online access to the two investment accounts was inadvertently allowed to a JMMB account unconnected to Petrojam, "due to a historical association within the JMMB system".

It said the issue was identified and corrected the next day.

The bank also noted that with 'view only' access, no transactions can be conducted.

However, JMMB disputed that Grindley was still a signatory to the accounts noting that they were updated and the current signatories are employees of Petrojam.

It said the update was made in 2019 following a request from Petrojam.

In relation to the November breach, JMMB said it "acknowledges that our unintended action has caused us to fall short of our service delivery commitment to Petrojam, and we also recognise that it caused them grave concern."

"We unreservedly apologise to Petrojam for any negative impact and inconvenience that our action has caused, it continued.

JMMB said it has taken all the necessary steps to prevent a recurrence of this issue.