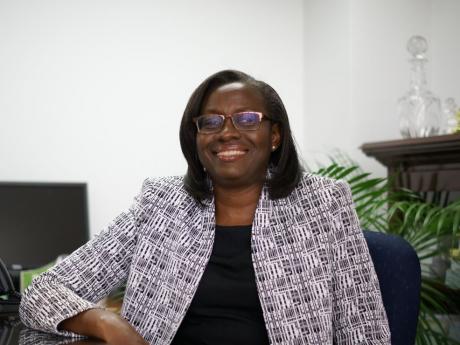 Financial Secretary in the Ministry of Finance and the Public Service, Darlene Morrison.

Financial Secretary Darlene Morrison has reported that the number of unions representing public sector workers who have inked the new compensation system has now increased from 17 to 19.

In making the disclosure this morning during a meeting of the Public Administration and Appropriations Committee (PAAC), Morrison also indicated that 20 unions are yet to sign the agreement.

The 25,000-plus membership of the Jamaica Teachers' Association and the Jamaica Police Federation, which represents rank-and-file members of the police force, as well as the Medical Doctors Association have not yet signed the new compensation document.

Members of the PAAC this morning examined the Second Supplementary Estimates of Expenditure which was tabled in Parliament on Tuesday.

During the deliberations, committee members quizzed Morrison on how members of parliament will be compensated under the new compensation system.

Morrison told the committee that there is a formula that is used to determine the increased salaries to be paid to MPs.

She said that the formula is linked to the permanent secretary group but noted that the pay adjustment for those senior technocrats is not yet settled.