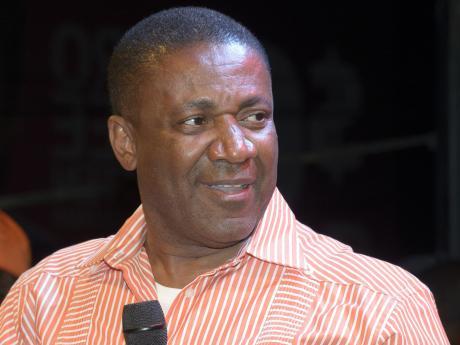 The Leader of Opposition Business in the House of Representatives is to serve three months in prison if the fine is not paid. - File photo

Member of Parliament for Kingston Eastern and Port Royal,  Phillip Paulwell, was on Wednesday morning fined $45,000 for the negligent loss of his licensed firearm.

The Leader of Opposition Business in the House of Representatives is to serve three months in prison if the fine is not paid.

The sentence was handed down in the Kingston and St Andrew Parish Court after he pleaded guilty.

Paulwell was charged after his licensed firearm was reportedly stolen in July in Hope Pastures, St Andrew, after he made an emergency stop.

"My vehicle was locked. My firearm was in a pouch on the back seat. I rushed in and out of the premises in five to 10 minutes and by the time I got back out, the window of my back seat was smashed, and the bag was removed," he previously told The Gleaner.

The MP said he made a report to the police the following day, and also gave a detailed report to the Firearm Licensing Authority.

Section 41(a) of the Firearms Act states that “any person who, being the holder of a licence, certificate or permit in respect of a firearm, losing such firearm through negligence on his part, shall be guilty of an offence and shall be liable to a fine of $100,000, with or without hard labour for a term not exceeding 12 months.”