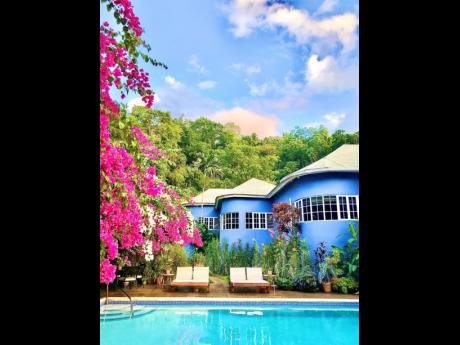 Kareem Latouche
The Blue House is located 10 minutes outside of St Ann. 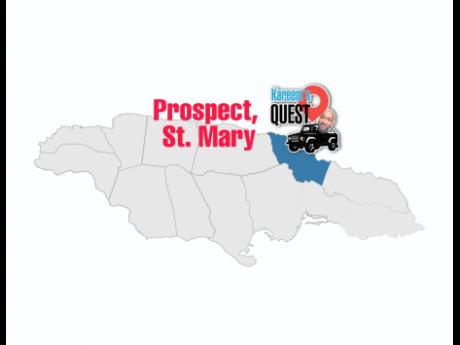 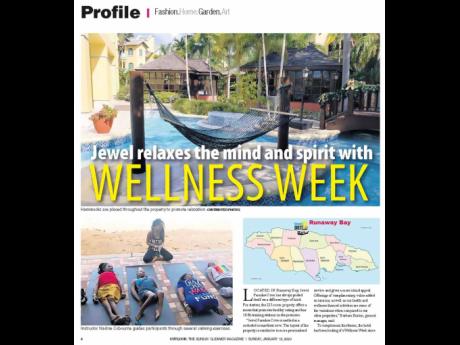 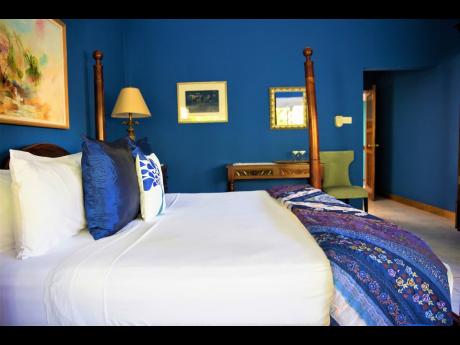 Kareem Latouche
Each room has a different theme. 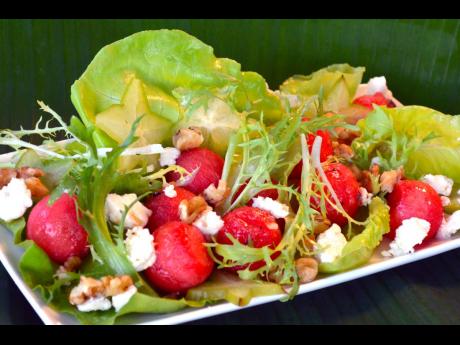 Kareem Latouche
On average, the meal portions are very large. 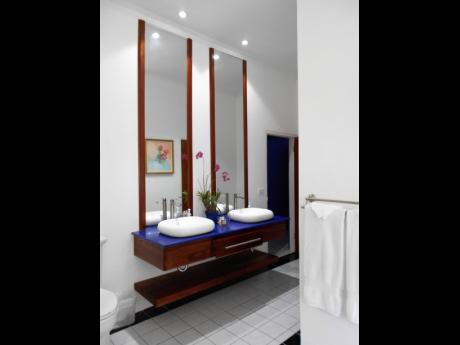 Kareem Latouche
Each room is accentuated with contemporary pieces.
1
2
3
4
5
6

Located a stone’s through outside the city life of Ocho Rios is The Blue House, a family-owned property that has been in existence since 2006. Coming from Chinese descendants, owners of The Blue House, the Yap family, quickly fell in love with the island and the vibe it brought.

“My grandparents came here in the 1920s after hearing about the economic opportunities. My grandfather came first and started working at a shop until he could own his own. Despite having a hard life running his business, he took his time and sent for other family members,” revealed Elise Yap, owner of The Blue House.

She moved to Ocho Rios 25 years ago as an event decorator who was in high demand. Being a caring person, she had to find a house that could accommodate not only herself, but also her staff.

“I started looking for somewhere to rent until I found this place, where I stayed for 10 years until 2001.”

When terrorists attacked the United States on September 9, 2001, it had an adverse effect on Yap’s business, as fewer tourists were travelling to the island. Hence, she decided to relocate, before getting an offer she could not refuse. “I decided to go back to Kingston, but the landlord insisted that I am the destined owner of the house, and offered me the property below market value.”

Trying to find a meaning

For Yap, this was a blessing. However, after purchasing the property, she was financially strapped and started investing heavily in the stock market. “To me, it was like gambling and I lost all my money.”

This plunged her into a state of deep depression, as well as caused her to lack purpose.

“I was engaged to be married, and called it off due to the poor mental and spiritual state I was in. But God had a plan for me, as the experience led me to start a relationship with Him. At first, I started feeding homeless people in the town centre, and then He led me to some homeless disabled persons. Since then, a group of us Christians have built 14 houses for homeless persons.”

This act of benevolence that came with Yap’s new-found faith provided guidance to her next profession. “I had this huge property on my hands and didn’t know what to do with it, until one day a friend called me and said she wanted somewhere to rent. To me, that was God’s answer to my future, so I started to operate a bread-and-breakfast business in 2005, and in the first year I didn’t have six guests, but I had faith,” Yap said.

Of course, like most businesses, it was an uphill battle at first, and there were many challenges that she had to overcome. The most distinguishable one was trying to convert the home in a manner that all persons could stay and feel comfortable. “With no money, I couldn’t get the word out and the place was not ready. The roof was leaking and at that time, the walls needed painting. However, my team and I were very good to our guests, as we treated them like best friends; and word started to spread.”

The benefits of staying focused

Yap’s perseverance proved fruitful, and after several months she started to see results, as guests started coming and commenting on how they enjoyed the place. “Peter Fraser, former general manager at Sandals Royal Plantation, called me one day and said that my place was number one on TripAdvisor. Surprisingly, I did not know what it [Trip Advisor] was, but I was very excited when he explained what it meant.”

Even with so many huge hotels in close proximity to the property, they have managed to keep attracting guests who craved a more intimate experience of Jamaica. “They love the feeling of being at home, especially around the dining table, where we do a lot of bonding. After this, they love the pool side, because we have a lush tropical garden with a lot of orchids.”

Initially, most of their guests came from North America. However, now they have persons from as far away as Kurdistan and Australia, who laud the experience at The Blue House.

Food for the soul

Having an affinity for Chinese cuisine, they found a way to incorporate it in their daily operation, with the resident chef being her brother, a self-taught culinarian who walks around the property barefooted as part of his minimalist lifestyle.

Many of his dishes are fused with traditional Chinese cuisine and he doesn’t have a menu, as it is all done by inspiration. “Any city in the world you go, you will find Chinese and Italian restaurants, so persons love the cuisine. We usually give guests a mixture with local food. When my brother does pot-roast chicken, guests love it, because it is juicy, and is served with stir-fried vegetables. Another favourite is curry night, where we curry fish, chicken, chutney, roti, and many other things.”

Even with the imminent arrival of large hotel chains, the family remains confident that it will not affect their visitors. “There is a difference between a traveller and a tourist. A traveller visits different countries and they want the real experience of a country. For them, an authentic experience is very important and so, mostly travellers come to our establishment.”

Despite having financial constraints as a family-owned business, the Yaps are steadfast on their path, as they continue to invest in Jamaica.

Their hard work has paid dividends. At the recently held 2019 Hospitality Awards, they won in the category of Best Kept Secret.

“That was an out-of-this-world feeling when we heard our name call. We do no PR, because all our money is reinvested in the business. So when we got the recognition, I felt so overwhelmed that our hard work was acknowledged.”

Who is it for: Locals - persons celebrating anniversary or want to relax in a boutique-type house, International - professionals who like to travel.

What stands out: the lush orchid garden and the large population of Humming birds that fly through the dining area.

Where is it located: Marcliff Drive, St. Mary. (10 minutes outside of St. Ann)

For more Kareem’s Quest content, use the hashtag #kareemsQuest on social media or send an email to yl.jamaica@gmail.com.