Dream House | An object of deep reverence and beauty 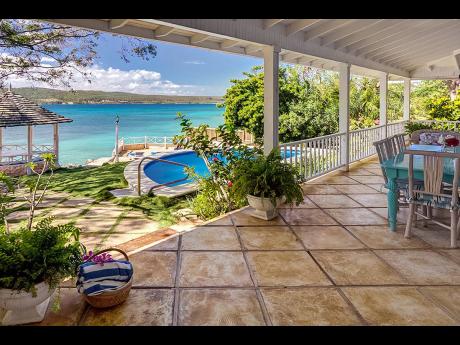 Mother nature and the works of man have united to create this spectacular image. 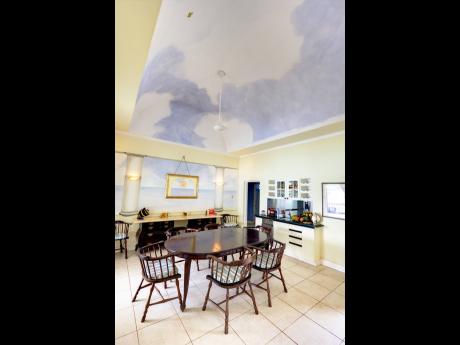 Contributed
Walls and ceiling are artistically hand- painted to reproduce the sea and sky in the dining area. 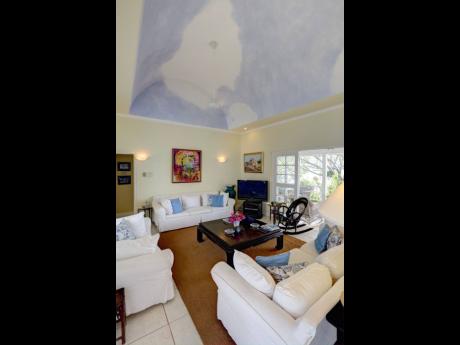 The ceiling adds drama to the living area. Contributed Photos 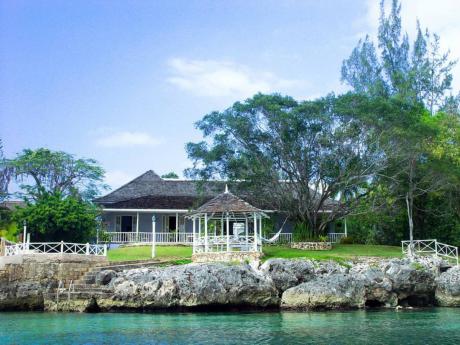 Today we unlock the secrets of this house and put an end to the mystery. 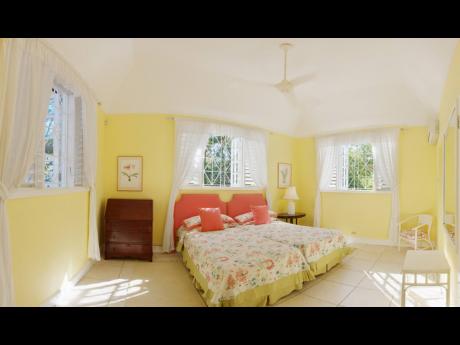 A yellow-painted bedroom, appealing to your feelings of optimism, warmth and hope.
1
2
3
4
5

THERE IS much more to this house than meets the eye! Don’t be fooled by it’s simple, cottage appearance, devoid of riveting architectural fanfare.

It is not that simple ... because what’s on the inside tells a different story. Everything is not what it seems.

To be honest though, the natural waterfront environment where this residence finds itself, is enough to catapult it into the architectural stratosphere, no matter your perception or lack thereof.

Because, when Mother Nature, in all her colossal glory, hugs tightly a piece of man-made work, such as this one, it becomes an object of deep reverence and beauty.

But, let’s put an end to this mystery right now, dig below the surface and unlock the secrets of this simple looking house, especially its interior revelations. The more you look, the more you will see.

It all began back in the 1960s when a medical doctor by the name of Frank Stephenson constructed this single-storey country house on a lonely road, in an area also known as Dry Harbour in St Ann. Today, most Jamaicans still have never been on this road.

In 1985, Erica Hamilton, a retired interior designer, acquired the private, one-acre waterfront house, and while she kept much of the original footprint, the seasoned design professional invigorated it with her passion and energy, adding a 60-foot verandah; a new shingle-hipped roof (the previous aluminium one flew away with Hurricane Gilbert in 1988); new doors, windows, and imaginative design stimulants to make the interiors burst with joy.

She would also introduce a cut-stone floor, eight-sided gazebo on the rocky shore; and a mosaic, half-moon-shaped spa pool (heated, with 16 pulsating jets).

There is also a raised, white-sand terrace on the water for lounging; a swimming area; an offshore swim platform; and a stone barbeque grill.

The gardens bring to the architectural experience, trees (with varieties of orchids ornating their trunks) and shrubbery.

The interior covers some 3,000 square feet of harmonious space, offering immediate gratification. There are four bedrooms with en-suite bathrooms. All have tray ceilings.

A wet bar separates the dining area from the kitchen, all interestingly put together.

Windows and doors are French glazed, with added serpentine louvres. Floors in porcelain tiles are noticeable throughout.

The paint colours are as follows: periwinkle blue (a pastel shade mix of lavender and light blue) on the exterior, evocative of lightheartedness, fond memories and serenity within the viewer. Yellow on the inside (which complements the periwinkle), invoking feelings of optimism, warmth and hope; and mint (a softer shade of turquoise and green), reminding you of freshness and cheerful energy.

The furniture, which include antiques, reveals a 200-year-old twig rocker made by slaves; turquoise-back mahogany dining chairs from 1780, formerly of Admiralty House, Port Royal, used by Admiral Lord George Rodney and Vice-Admiral Lord Horatio Nelson; a 17th-century chair belonging to the captain of a sailing vessel, whose voyages took him around the islands; a 19th-century lady’s writing desk, white sofas and pickled wicker for outdoor relaxation.

Space has always been the spiritual dimension of architecture. It is not the physical statement of the structure so much as what it contains that moves us.

The address of this property is Fortlands Road, Discovery Bay – right on the horseshoe bay, protected by coral reefs.

Barry Rattray is a dream house designer and builder. Email feedback to barry-rattray@hotmail.com