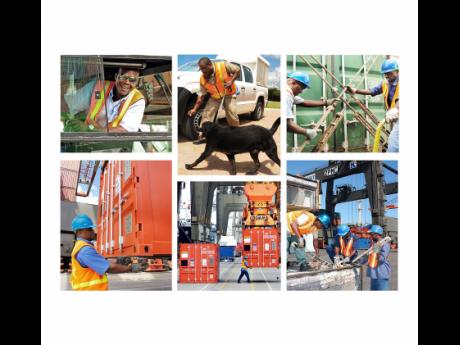 The Shipping Association of Jamaica (SAJ) has announced a reduction in the containerised cargo assessment charge following negotiations with some of the shipping lines which call on the Port of Kingston. The assessment on import containers has been reduced from US$68 per container to US$37.50. Exporters already benefit from a low rate of US$12 per container. All other assessment rates remain unchanged.

The reduction came in two tranches. In September, the rate was reduced from US$68.50 to US$52; and the later reduction was announced on Friday, December 15, to take effect on January 1, 2017. The SAJ says it hopes the reductions it has announced will be shared with Jamaican importers by the shipping lines, resulting in the country being able to compete more aggressively in the region.

The assessment, also known in the trade as the 'cess', is a commercial charge which was introduced locally in 1946 to meet the cost of training and benefits for port workers, as well as the cost of administration of the SAJ. The assessment is also charged in most United States ports.

The SAJ has been largely credited with developing and deepening the steady industrial relations climate which has characterised the Port of Kingston for more than 50 years.

In 2012, just prior to the commencement of negotiations between the Port Authority of Jamaica and international port operators for a concession agreement for the Kingston Container Terminal, the SAJ and three employee unions, the BITU, UPSU and TUC, negotiated a historic four-year agreement with a compound increase of 12 per cent in wages for the four-year period. The parties at that time stated that their intent was to send a signal to international concessionaires that port employers and unions were united in their commitment to a stable business and investment environment for the shipping industry.

A MODEL OF COLLABORATION

In November this year, barely a month after the expiry of that agreement, the parties again signed a new three-year agreement, which has been hailed as a model of collaboration between employers and employees for the benefit of an economic sector. The workers accepted a wage freeze in the first year of the agreement to allow a smooth introduction of the new concession operators at the Kingston Container Terminal.

The negotiations between the SAJ and the shipping lines were very tense and the association made huge concessions which will cause it to absorb some costs that are legitimately the responsibility of the lines to bear. However, SAJ President Kim Clarke stated that the association recognises the challenges facing the entire industry and is playing its part to ensure continued viability of all players. He added that he expects the shipping lines to reciprocate as the industry recovers lost ground.

The negotiations were facilitated by Professor Gordon Shirley, president of the Port Authority of Jamaica; and also included representatives of Kingston Wharves Limited and Kingston Freeport Terminal Limited, operators of the Kingston Container Terminal.