‘We learnt from the best,’ they say 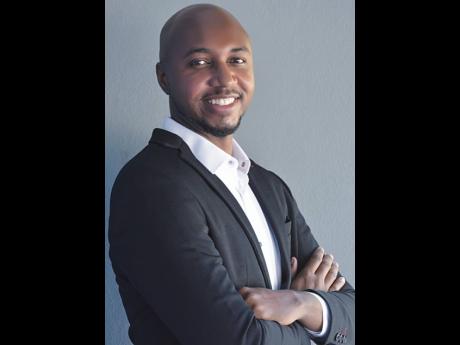 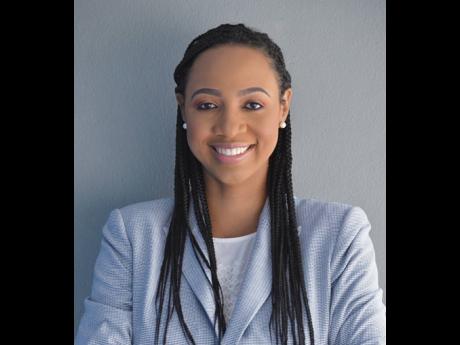 Richard and Shara-Kay Kinlocke of Gateway Shipping International (GSI) are a brother-sister team who are profoundly inspired by their late father, Robert Kinlocke, whose legacy they are proud to continue.

Both siblings had an early start in the shipping industry, from summer jobs during school to full-time jobs after graduating from The University of the West Indies (UWI), Mona. They had to work their way up, however, because being children of the chairman and CEO of one of the largest shipping companies in Jamaica did not give them sudden flight to the top positions.

Richard, the older of the two, started out as an accounts clerk (as did his dad back in 1970) at GSI after completing the Bachelor in Actuarial Science in 2008. He revealed that he “always had a love for learning foreign languages and solving mathematical equations, and this translated into a passion for solving all different types of problems”. He said he was not initially thinking about a career in shipping, but the more he learnt on the job, and from his father-mentor, the more intrigued he became.

“The dynamic nature of shipping calls for a wide range of solutions, and this appealed to my passion and convinced me that this was where I needed to be,” Richard said. He also shared an early lesson in honesty that will always stay with him.

AN EARLY LESSON IN HONESTY

Richard recalled that at the age of five, in his first year of prep school, he noticed an eraser on a classmate’s desk in the shape of a cartoon character and decided to take it without giving it a second thought. He remembers that when he got home, it was brought to the attention of his mother, Beverley, that this was in his possession. He related what happened next: “She immediately questioned me about it and told me I had to take it back and apologise. I was taught an important lesson that stuck with me throughout the years and felt very fortunate to grow up in a household that emphasised the value of honesty and having strong moral principles. This played a key role in shaping who I am today.”

In 2011, Richard was promoted to accounts manager at GSI as well as with International Shipping Limited (ISL) and R.K. Logistics (RKL). He also earned the certificate in customs regulations, processes and brokerage from the Mona Institute for National Development, and was later named CEO and a director of GSI, ISL, and RKL.

Reflecting on his journey thus far, Richard said: “I have faced many challenges before, but undoubtedly, the biggest is that which I am facing now. The unfortunate passing of my father is something I am having to deal with on both a personal and professional level. He was a true leader in every aspect of his life and his embodiment of integrity, charisma, and vision exemplified just a few of his notable qualities that I continuously strive to emulate. I am truly grateful for the encouraging words he would always have to offer and the unrelenting faith he exhibited in me even when at times I doubted my own ability. The knowledge that he imparted to me will be tremendously invaluable as I lead the team through these challenging times.”

The specific goals he wishes to achieve for GSI are: “Improvement of service standards across all areas so as to not just meet but consistently surpass the expectations of our clients. Also, further diversification of income streams to facilitate continued growth and stability in an ever-changing environment.” He said that to achieve these goals requires a committed team effort, including solid communication at every level, and an innovative approach to resolving problems.

Richard remains very optimistic about the future for Jamaican businesses, saying: “Jamaicans are notorious for punching well above our weight. We have so much talent and drive that our leaders must ensure they create the environment to harness those qualities. I envision a Jamaica where some of the requirements for start-up businesses are no longer seen as barriers to entry and where a majority of our infrastructure and product offerings are on par with or supersede current First World standards.”

Shara-Kay Kinlocke, the younger sibling, has a Master in Business Management (distinction) – Mona School of Business and Management, and also received a Bachelor of Science in Economics (first-class honours) from the UWI. Before graduating from her undergraduate degree programme, she worked part time at GSI in the capacity of administrative assistant to her father. Upon completion of her studies, she took on a full-time role, working as administrative supervisor in the human resource department. She explains, however, that as much as she wanted to support her family in the business, she also wanted to experience working in a non-family setting.

It was in 2013 that Shara-Kay decided to take a break to pursue the Master in Business Management. The programme offered the opportunity for an internship in banking. She recalled: “I started an internship at First Global Bank (FGB) in October 2014 and thereafter moved up the ranks from corporate banking officer to credit solutions officer to assistant manager – credit solutions, and finally, credit solutions manager. I left FGB in 2018 for a similar role at Sagicor Bank. While I enjoyed working in corporate banking, I had plans to eventually return to the family business – just not so soon.”

Like her brother, Shara-Kay’s main motivation for a career in shipping has been their father. She shared: “My dad worked in the shipping industry his entire working life, and he was passionate about the success of his companies – Gateway Shipping International, International Shipping Limited, and R.K. Logistics Limited, so with his untimely passing, it was only natural for me to want to help steer the business, particularly during this challenging period where we have been negatively impacted by the COVID-19 pandemic.”

Shara-Kay shared one of her many happy moments in shipping as follows: “One of my most memorable experiences in shipping was attending a ceremony coordinated by International Shipping Limited, Kingston Wharves Limited, and HoeghAutoliners to commemorate the maiden voyage of the HoeghCaribia in 2010. It was a celebration of the relocation of HoeghAutoliners’ regional trans-shipment hub from San Juan, Puerto Rico, to Kingston. That was my first time boarding a car-carrying vessel, and it was intriguing to get an insight into the intricate operations of these vessels. It is also amazing to see how much the trans-shipment business has grown since then.”

Like Richard, Shara-Kay is very positive about the future of business development in Jamaica and adds that Jamaican businesses must recognise the talent and potential of the local work force and not limit their products and services to the local market but take advantage of technology that has made it easier to attain global reach.

The chief operating officer of GSI, ISL, and RKL shared that the specific goals she wishes to achieve for those entities are “growth in business and maintaining the relationships established with our principals and customers”. She is confident about achieving these goals because the companies have experienced and dedicated teams that are committed to providing outstanding service. She added: “We are always seeking new opportunities and putting ourselves in a position to act on these opportunities when they arise.”

As young leaders themselves, Shara-Kay and Richard have useful advice for the current generation of future leaders. Shara-Kay advised: “Change is inevitable, and oftentimes, comes without warning. We must be prepared to adapt and keep an open mind if we are to successfully manoeuvre this dynamic environment.”

Richard’s words of encouragement to ambitious youngsters are: “One should never be fearful of stepping outside of their comfort zone. Self-doubt only accelerates your path to failure. Having the right attitude can take you a lot further in life than expected.”